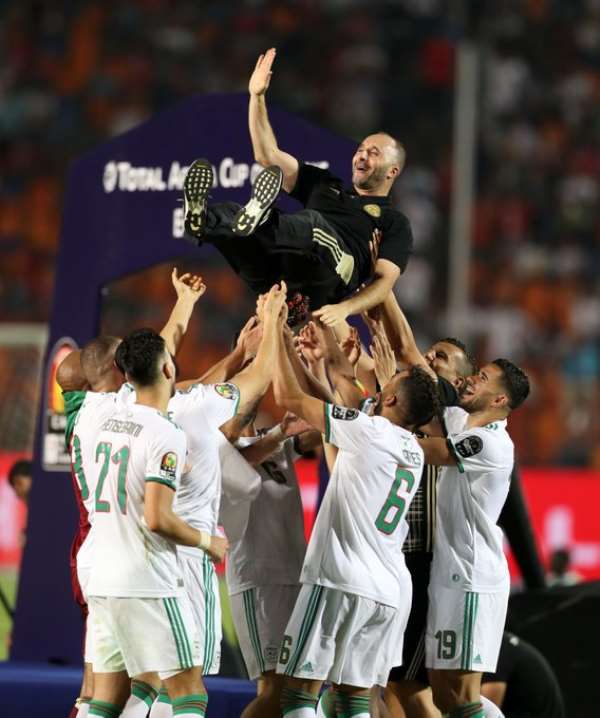 Head Coach for the Desert Foxes of Algeria, Djamel Belmadi has admitted that his side didn’t play their best game against Senegal when the two teams locked horns in the finals of the 2019 Africa Cup of Nations (AFCON) tournament at the Cairo International Stadium on Friday night.

Having remained unbeaten throughout the tournament, the North Africans survived the threat posed by a star-studded Senegalese side and emerged as 1-0 winners at the end of the 90 minutes.

Though the Algerians didn’t dominate as they have done in previous matches, an early goal from striker Bagdad Bounedjah was enough to see the Desert Foxes being crowned as Champions for the second time in the tournament’s history.

Speaking in a post-match interview after the triumph, Coach Djamel Belmadi indicated that it wasn’t the best game his side has played at the tourney in the technical sense.

Nonetheless, the win is what was important and he is thankful to his players for getting the result.

“It wasn’t the best game in the technical sense, but in finals, we play for the win and not for the good football. This triumph has a special taste as it’s not played at home, we are at the top of African football. I thank my players for their effort. We doubly prepared for it”, the manager shared.