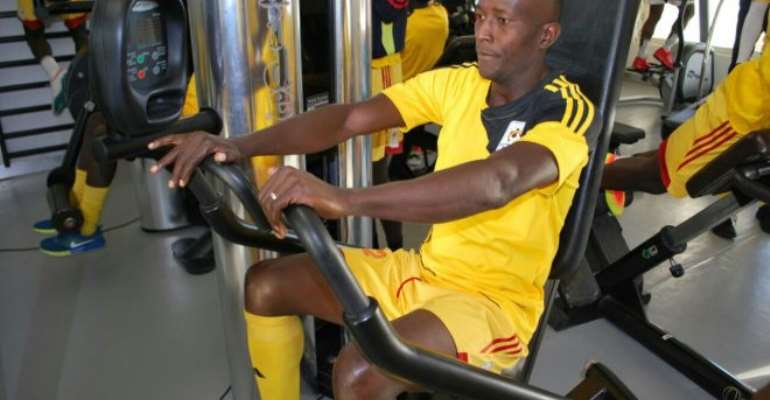 As a historic sign of appreciation for being named for the 2017 Afcon finals in Gabon by head coach Micho, Uganda striker Geoffrey Serunkuuma wants to score just a goal at the tournament.

'I want to score for Uganda at AFCON and I also make history. The AFCON is a big tournament and I am really honoured to be part of the 23 players to represent the nation. I want to repay the trust the coach put in me with goals' he said.

The KCCA FC striker who is leading the goal king race in the Uganda Premier with nine goals has targeted making history by being one of the players to score at the evnt for the first time in 39 years.

Serunkuuma is one of the six locally based players in the Cranes squad and brings a lot of experience in the squad as his scoring rate in the national side speaks for him.

He was part of the Uganda Cranes team that participated in the 2016 Championship of Africa Nations tournament in Rwanda and scored against Zimbabwe in their 1-1 draw.