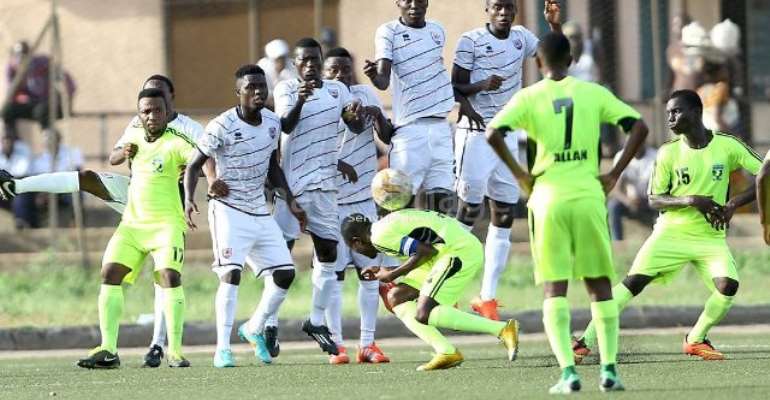 The game was decided by penalties after both teams played a 1-1 draw.

Bechem United opened the scoring through Yaw Arnol after he beat the offside trap to home past Felix Annan in goal for Kotoko.

Kotoko labored for an equaliser for the remainder of the first half to no avail. They were however duly rewarded for the persistence in the second half through Bennet Ofori.

The Porcupine Warriors were given a taste of what to come when top scorer Dauda Mohammed missed a penalty in the 78th minute.

It was double agony for Dauda Mohammed who also missed in the shootout.

Goal scorer Yaw Arnol kept his cool to slot home the final kick to send Bechem through to the semi-final.

They will now face Wa Rockets who also shocked premier league leaders Wa All Stars in the other quarterfinal in the Northern Zone.