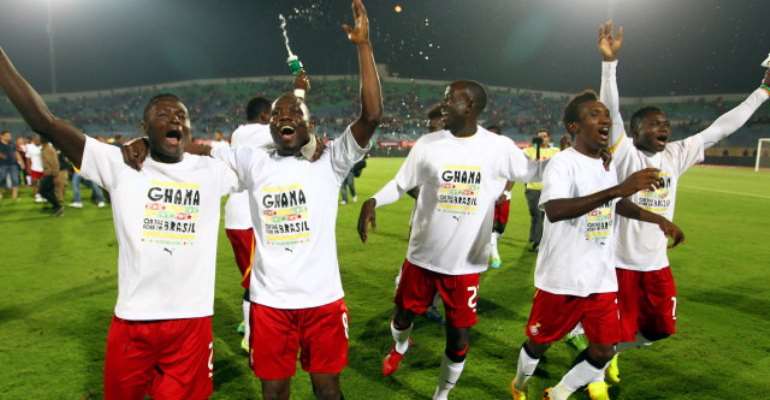 Ghana was drawn in Group G of next summer's World Cup in Brazil at last Friday's draw alongside three-time champions Germany, Cristiano Ronaldo-led Portugal and a familiar world cup opponent in the USA.

The team will begin camping for the Mundial on the 25th of May next year, after most of the leagues around the world draw to a close.

“We will be discussing with a number of match organizers and agents; probable opponents we will be playing during the preparation period,” Kwesi Nyantakyi told ghanafa.org , the FA's official website.

Ghana will open the tournament against the USA on June 16 in Natal, before facing the Germans in Fortaleza in the second fixture. They will finally round off the group's fixtures with a clash with Portugal in Brasilia. The FA president is currently part of a contingent – including coach Kwesi Appiah – in Brazil scouting potential team bases after attending the World Cup draw.

“We will also be looking at possible venues for our preparations; the incentive or package for the team; issues of psychology, physiotherapy, medical issues to make our team fully prepared for this World Cup competition,” he added.

Ghana qualified for the World Cup in Brazil next year after defeating Egypt 7-3 over a two-legged CAF World Cup qualifying third round play-off last month.

They had earlier qualified out of Group D of the second round of qualifying, outwitting Zambia, Lesotho and Sudan.

The Black Stars will be participating in their third World Cup – after impressing on their debut in 2006 (Germany) and reaching the quarter final four years later in South Africa.