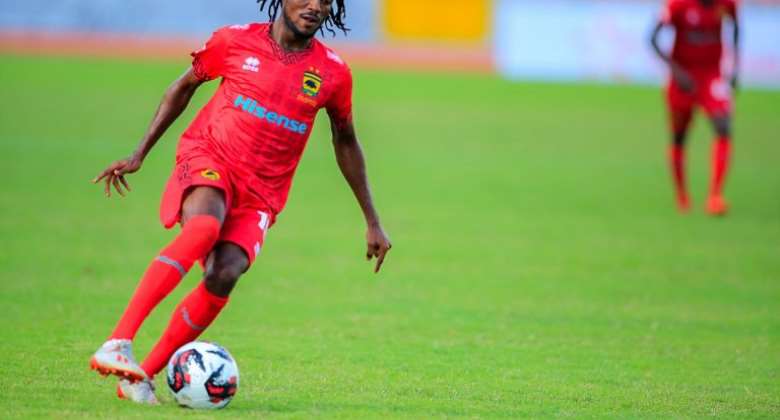 Kumasi Asante Kotoko midfielder Richmond Lamptey has been handed a stay of execution on his ban by the Ghana Football Association [GFA] over match-fixing.

The former Inter Allies midfielder was banned by the GFA for his involvement in the AshantiGold – Inter Allies game in the 2020/21 league season.

The ruling by the FA Disciplinary Committee said Lamptey was hugely involved in the scandal and handed the then Inter Allies star, 24 months away from football.

However, a statement on Kotoko last week read: “This afternoon, the club through our lawyer Nilo Effori have secured a ruling from CAS granting Richmond Lamptey provisional measures (Stay of Execution).

“Against the decision of the GFA Appeals Committee, meaning Lamptey is free to continue his career.”

Lamptey is currently training with Kotoko ahead of their trip to Turkey on August 15.

The Porcupines Warriors will return on August 30 to begin their season against Hearts of Oak in the FA Super Cup clash.