Asante Kotoko: Eight players to be offloaded ahead of 2021/22 football season - Reports 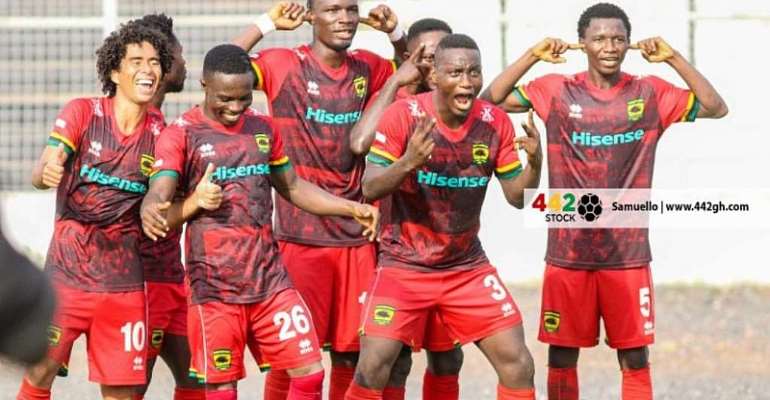 Asante Kotoko are set to release eight players before the start of the 2021/22 Ghana football season, Citi Sports has reported.

The players consist of those whose contracts will be terminated and whiles others will be sent on loan.

The contracts of deputy club captain Emmanuel Gyamfi and defender Habib Mohammed will be terminated.

Midfielder Latif Anabila, who joined the club from Ashantigold last season has been told to leave the club by the new head coach of the club, Prosper Nartey Ogum.

Kwame Adom Frimpong has also been axed because the coach does not consider him as part of his plans.

Players who will be heading out on loan include Godfred Asiamah, Emmanuel Sarkodie, Osman Ibrahim and Samuel Frimpong.

Felix Annan and Augustine Okrah have both left the club after the 2020/21 football season.

After ending the 2020/21 football season trophyless, the Porcupine Warriors have been the busiest club in the local transfer.

Asante Kotoko lost the PremierLeague trophy to their rivals, Hearts of Oak and failed to defend their MTN FA Cup title, losing to Berekum Chelsea in a quarterfinal game.