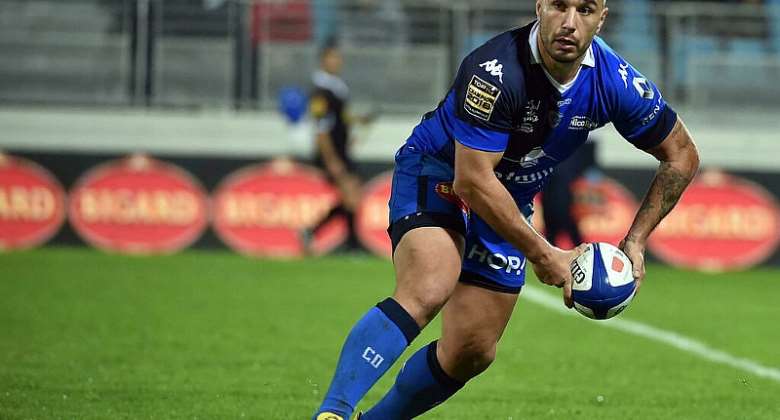 Veteran rugby player Ludovic Radosavljevic faces up to a year's suspension from the game after admitting that he racially abused Christian Ambadiang during a second division match between Provence Rugby and Nevers.

Ambadiang highlighted Radosavljevic's comments after the Pro D2 tie at the Stade Maurice-David in Aix-en-Provence on Friday night.

On an Instagram post, the 22-year-old Cameroonian said an unnamed player had approached him during the fixture and said: “I will burn you, banana eater.”

Ambadiang added that the same player had come up to him later to say the comments had emerged in the heat of the moment.

“I know that there are people that have experienced blatant racism and that are afraid to stand up for themselves publicly only to protect those people's reputation privately,” Ambadiang added.

“That is in fact to the detriment of the person experiencing this blatant racism because they are not given a platform or the support to express themselves when their character or entire being is being ridiculed.

“It's so funny that we are taught to be the better person and walk away and to disregard what the person said but sometimes it's really so difficult because how do you really protect yourself from the act of racism … we really need to do better than to overlook these issues because it can have a psychological impact to those people.”

Experience
Radosavljevic, 32, who played in the Top 14  - the first division - for 12 years with Clermont and Castres before joining Provence Rugby in 2020, has apologised for his comments.

But the contrition might not save the club's skipper from tough sanctions after the league organiser LNR and the French Rugby Federation (FFR) launched a joint inquiry.

"This joint investigation, on the part of two bodies committed to the promotion of diversity, is focusing on the unacceptable remarks by the Aix-en-Provence player Ludovic Radosavljevic towards the Nevers player Christian Ambadiang," they said.

"The FFR and the LNR also want to underline the exemplary attitude of the two clubs who have engaged in quick and responsible dialogue with the different parties," they added.

Sanctions
French rugby union chiefs will use three grades to determine their punishment. Level one carries a suspension of up to six weeks while the second tier could entail a three month ban for the fly-half.

The upper level leads to between six months and a year out of the sport. He could also be sacked by his club.

France international Sekou Macalou said on social media: "Too easy to apologise afterwards. Here's to hoping the club and the league punish heavily this type of... #NoRacism."