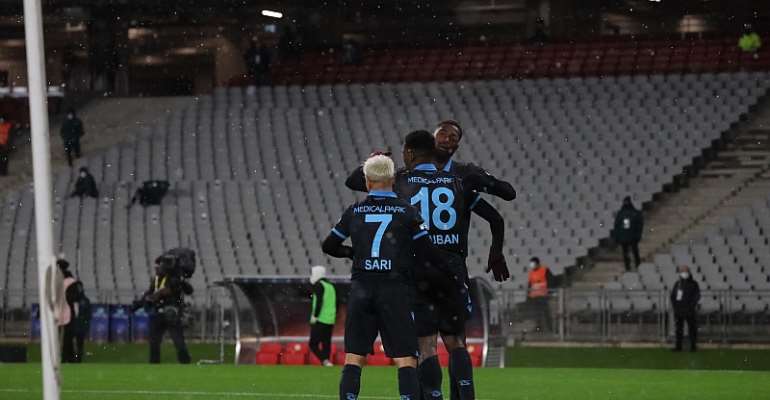 Ghana attacker Caleb Ekuban scored with a smart finish on Wednesday evening to hand Trabzonspor a 2-1 win against Istanbul Basaksehir in the finals of the Turkish Super Cup.

The in-form striker today was named in the starting eleven of his team when they visited the Ataturk Olympic Stadium to face off with the opponent in the finals of this season’s domestic cup competition in Turkey.

Although both teams played some delightful football in the first half, neither side could get on the scoresheet and had to go into the break on level terms.

Three minutes into the second half, Djaniny scored with a headed effort to give Trabzonspor the lead.

Unable to protect the lead, Istanbul Basaksehir grew in confidence and pushed until they drew level through a penalty kick converted by experienced striker Demba Ba.

In the last ten minutes when it looked like the game could end in a draw, Caleb Ekuban latched onto a sweet pass in the 86th minute before firing home an unstoppable shot to restore the lead for Trabzonspor.

Eventually, with the opponent failing to get back into the game, the team has been crowned champions of the Turkish Super Cup with the Ghanaian and his teammates celebrating into the night.

For his performance today, Caleb Ekuban merited a rating of 7.5 from SofaScore while bowing out as the top-rated player among the players that featured for both teams in the finals. 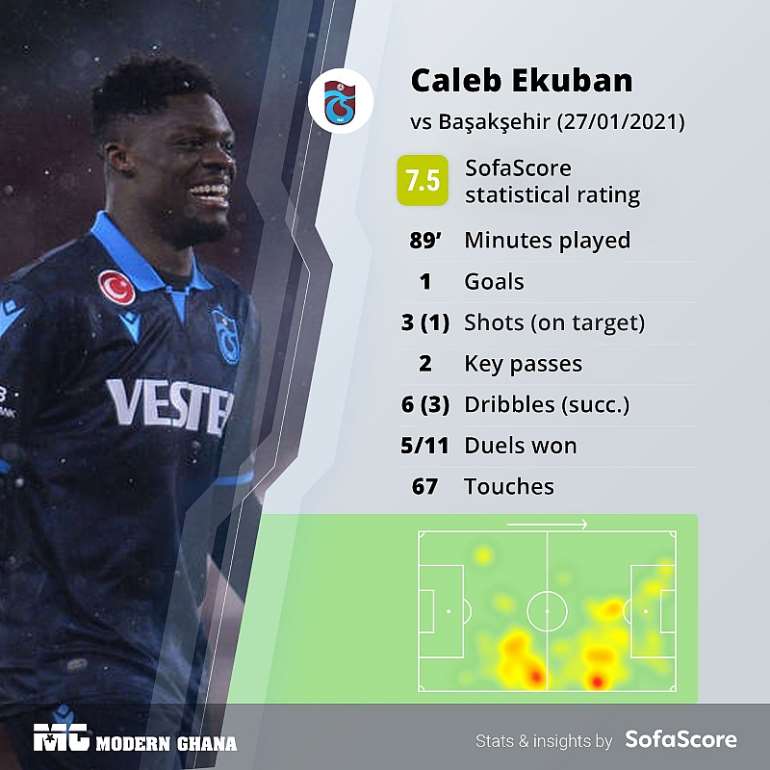 Caleb Ekuban, 26, this season has scored seven goals in all competitions and is expected to be pivotal for Trabzonspor in the Turkis Super Lig.