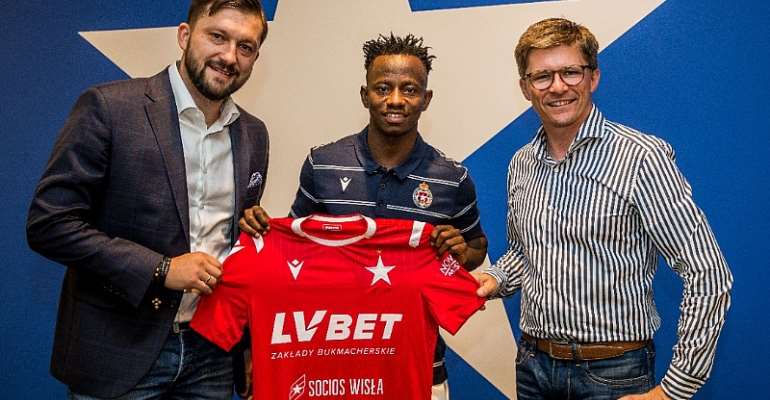 Ghanaian winger, Yaw Yeboah has completed his transfer to Polish side Wisla Krakow this evening in the ongoing summer transfer window.

The talented attacker has been on the radar of the club for quite some time now and has today sealed the expected move from Spanish lower tier side CD Numancia.

A club statement from Wisla Krakow to confirm the signing of the winger has said: “23-year-old Ghanaian winger Yaw Yeboah is another player who joined the team of the 13-time Polish champion. The contract binding the rider with the White Star will be in force for three years”.

During the 2019/2020 football season, the former Ghana U-23 captain spent the campaign playing for Celta Vigo B. After making as many as 20 appearances, he managed to score 5 goals.

The player spent his developmental days with the academy of English Premier League giants Manchester City. He has in the past played for teams such as FC Twente, Lille, and Real Oviedo.