RE: Did Kumawu MP defraud his Constituents? Four questions forBassoah 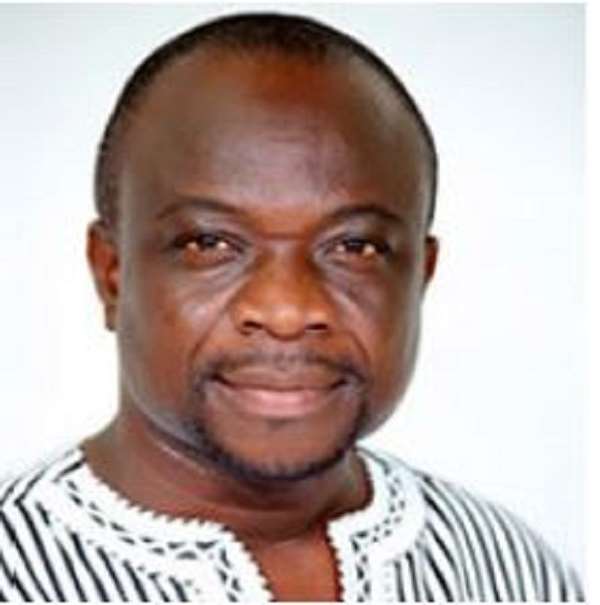 I have noted with curiosity a feature article published on Ghanaweb under its "Opinions of Wednesday, 15 April 2020", headlined, "Did Kumawu MP defraud his Constituents? Four questions for Bassoah" and authored by one Mr Ebenezer Ofori Sarpong, alias Citizen Ebenezer. The writer claims to be an NPP delegate of the Kumawu Constituency in the Ashanti region and from the look of things, will exercise his franchise in the impending NPP primaries to choose the NPP parliamentary candidate to contest the seat with any eligible opposition party’s candidate in election 2020. Surely, and as could be concluded from his submission, he will vote against Philip Basoah (Hon), the Member of Parliament for Kumawu Sekyere Constituency.

Read the full content of his publication from the underlying web link.

The writer asked some pertinent questions requiring answers from Philip Basoah in default of which he will take legal action against him. Like the writer, I stand to fight official corruption in Ghana. Ghana and her sister African countries are not developing, but wallowing in denigrating poverty to the point of Africans being seen as subhuman by most of our white contemporaries and to be treated with scorn as it’s currently being meted out to black Africans in China, compulsorily evicted from their hotel rooms and accommodations and chased out into the streets.

Gainsaid, Ebenezer has been making some sweeping statements that I find them very difficult to believe if the MPs’ Common Fund is used exactly as heard from some Members of Parliament. I understand the money does not go into the MPs' personal bank accounts so they do not have direct access to the money to use it as though he or she going to buy anything, inflating the price and there and then issuing a cheque or presenting a bank card in payment, right?

How then could Philip Basoah have embezzled any of the MP's Common Fund unless he sole-sourced a contract at a bloated cost to a particular contractor, then secretly went to the contractor to crawl back some of the money as kickback, right?

Is Ebenezer, asserting that Philip Basoah renovated a purported DVLA branch office in Kumawu when he was the DCE or while he is still the MP? Could he please come out clearer on this claim of his? If Basoah committed that crime of dubiously inflating the cost of the renovation of that building, when was it done and why now is Ebenezer exposing him, although there is no expiry date set to when a committed crime cannot be brought up for public disclosure and/or prosecution.

Again, Ebenezer claims the MP lied about the money used for renovating the DVLA building or office block as coming from his MP’s Common Fund whereas indeed, and to him, it came from the government’s allocated Special Initiative fund of US$1 million per Constituency per year fund. If the money came from the Special Initiative fund which is strictly managed by the Infrastructure for Poverty Eradication Programme (IPEP) which is under the Office of the President and supervised by the Minister responsible for Special Development Initiatives, how could Basoah fraudulently avail himself of the fund? I can’t get my head around this although in corruption-infested Ghana, everything is possible. The public demands further and better particulars and clarifications from Ebenezer Ofori Sarpong, whoever he is.

My confusion gets worse and becomes more compounded with the questions being raised by Ebenezer. I think the Sector Minister, Mr Alan Kwadwo Kyeremateng (Hon), had better step in to answer this question by me. Is a Member of Parliament as a sole person allowed to manage and use the Special Initiative fund without any oversight role played by a superior or an inferior body of any sort to ensure that the fund is being used prudently and according to the purpose for which it was set up?

Has Ebenezer checked with the DVLA National or Regional Headquarters to confirm their initial objective for the Kumawu branch office as to issuing and renewing drivers’ licences or not, to be in a much better position to condemn Basoah for being a liar when the reality dawned on him that Kumawu DVLA is unable to do as allegedly disclosed by Basoah initially but only to perform petty or irrelevant tasks?

Without better clarifications from the government through the Sector Minister and Basoah who now stands accused, I shall not be able to deal expertly with the wild allegations raised by Ebenezer which common sense tells me that they are full of exaggerations and malicious intents.

Although my plate is already full of dealing with the Kumawu chieftaincy issue, I shall make room for investigating the allegations against the Kumawu MP by Ebenezer and inform the public as and when I lay hands on the needed credible information.

Corruption allegations must not be brushed under the carpet so are false accusers not to be spared. Therefore, both Basoah and Ebenezer must gird themselves up for public onslaught on them, especially if they are found to be lying and behaving dishonestly.

I hope Ebenezer has not come out with this information for his parochial political interest. If I discover that this allegation is false and bordering on any selfish persuasion, then he will have a case to answer but if on the other hand he is telling nothing but the absolute truth, then he has my blessings.

In my attempts to search for information before publishing my views, I researched the underlying web links but could still not convince myself the way I wanted to. I am still in limbo hence requesting better and further particulars from Ebenezer, the Sector Minister and Basoah.

To conclude, I find it irresponsible on the part of Ebenezer for accusing Basoah of not respecting the traditional leadership in Kumawu. I have exception to this statement of his which borders on his probably deep-seated hatred for, and secret but wide orchestration to get rid of, Basoah, for their own criminal objectives.

Fuel price increases: Akufo-Addo, Bawumia callous about the ...
35 minutes ago

Cape Coast Airport will be constructed at all cost - Akufo-A...
35 minutes ago