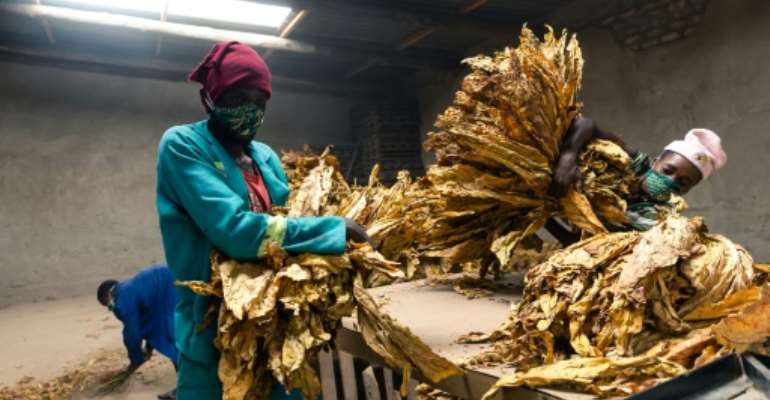 Now a coronavirus lockdown has added to his woes.

He does not even know whether he will be able to sell his golden-brown leaf when auctions are supposed to start. The official selling season starts on Monday.

"This year our harvest hasn't been good at all...just average," Mutalepo told AFP as a group of workers picked up leaves, keeping a required safe distance from each other in a bid stop any spread of the virus.

In barns at his 15-hectare (37-acre) farm in Bromley in eastern Zimbabwe, other workers -- facemasks on -- were crunching cured leaves into large bales.

Many growers fear the virus lockdown could delay the start in Harare next week of the all-important tobacco-selling season, a scenario with far-reaching consequences for farmers and the government.

Tobacco is Zimbabwe's second biggest foreign currency earner after gold -- a lifeline for an economy crippled by shortfalls in basics from fuel and medicines to electricity. 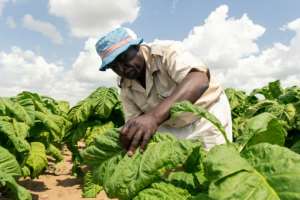 Farmers have been looking to the sales for signs of hope after a downturn last year.

Boasting around 300,000 full-time and seasonal workers, the industry is one of the single largest employers in a country that suffers unemployment levels estimated at around 90 percent.

But prospects for an upturn have been suddenly clouded by the impact of the coronavirus, both on the world economy and on the dynamic of trading, which is being crimped by restrictions on movement.

"We might have a delay (in selling) just because of the lockdown," Mutalepo said. "It will affect our preparations for the next season."

Harare-based independent economist Gift Mugano said the impact from any prolonged postponement in the start of the marketing season would be "massive."

It would reverberate across Zimbabwe's currency-starved economy until 2021, he said. 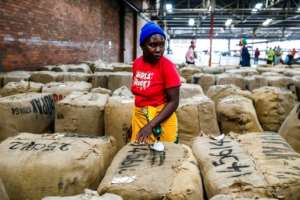 A farmer looks for her bales and compares prices at the official opening of last year's tobacco sales. By Jekesai NJIKIZANA (AFP)

"We are going to miss the greater part of the revenue from that crop," Mugano told AFP.

"The questions right now are, at what point are we going to start selling the tobacco and to whom will we be selling because China, which is one of our biggest buyers, is under restrictions."

China, the biggest tobacco market in the world, has more than 300 million smokers, according to the World Health Organization (WHO). Chinese demand alone accounted for 54 percent of Zimbabwean tobacco exports in 2015, according to trade figures.

"There will be low demand and sales will be subdued," he predicted. "Farmers are going to... sink deeper into poverty."

Tobacco Industry and Marketing Board CEO Andrew Matibiri refused to comment on the future of the industry.

He said "high level" discussions were underway and a decision on the 2020 tobacco marketing season would be announced by the government.