If Ever The SRC Needed Our Support, Then It Is Now 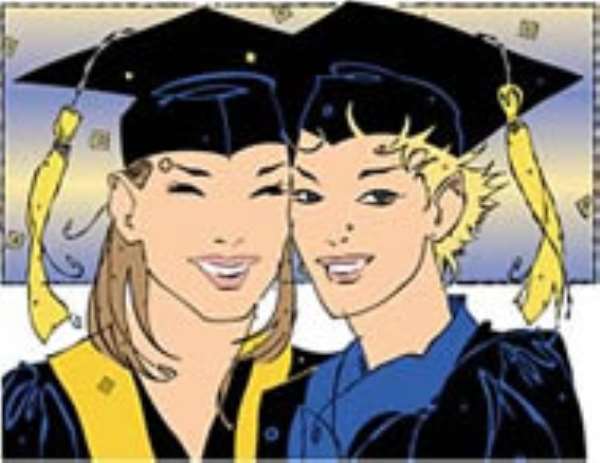 Several questions continue to linger on the minds of many Ghanaians as a result of the Coronavirus pandemic that has hit the world and our country. There are many theories about the cause of this pandemic. But that is not the reason for this write-up.

However, whatever it is that is the cause of the pandemic, we pray that goes away as quickly as possible, so we can organise our lives. It has had a debilitating effect on the social, economic, cultural and political aspects of our lives.

The President of the Republic of Ghana, His Excellency Nana Addo Dankwa Akufo-Addo, in a televised address ordered that all schools or better still educational institutions be closed down. He also ordered that all social gatherings be suspended, all as part of measures to check the spread of the coronavirus disease. For whatever reason, many university students were jubilant at the closure of their universities. I guess at the time they were jubilating at the closure of these universities, they did not envisage its effect on the academic calendar.

The phenomenon of closure of universities is not new. There have been closures of universities in the past, especially in the era of military dictatorships when the student union was always at the forefront of fighting the autocratic tendencies of these military juntas. In 1974, 1994 and 1998, university of cape coast experienced a major disruption in its academic calendar due to closures. In 1974 all students in the then three public Universities across the country- KNUST, UG and UCC engaged in what was described as “unruly demonstrations” against the then National Redemption Council (NRC), which was the military junta in power at that time. This had a huge effect on the academic calendar at that time. In 1994 another disruption of the academic calendar took place when the University Teachers association of Ghana (UTAG) went on a strike to demand better conditions of service from the government at the time.

This strike lasted a whole year. As a result, there were no graduations and those who were supposed to graduate in 1995, graduated a year later, in 1996. To compensate for their loss, the government gave them a dispensation to do their national service for a period of three months only. In 1998, the then SRC of UCC, led by the now Minister for Inner City and Zongo Development, had a major disagreement with the authorities of Valco Hall, led by one Dr. Asamoah over the eviction of five ladies from the hall for possessing fridges in their rooms. That disagreement went out of hand and led to UTAG UCC withdrawing its teaching services in solidarity with the authorities of Valco Hall. The university was subsequently closed for a while.

My purpose for recalling these incidents of closure of our university is to drive home three points- first of all, to underscore the point that whatever student leaders can achieve on our behalf, can only be achieved through the collective resolve of all students. Secondly, it is to make the point that the closure of our university due to the novel Corona Virus is not novel after all. Lastly, it is to make the point that at the end of the day, only dialogue resolved the issues and allowed the universities to re-open.

My understanding is that, the SRC, led by Zaki Abdul-Hamid, has issued a statement urging students not to register with the online portal that the university authorities are seeking to upload for purposes of completing the academic year. First of all, it is important to state that in all the incidents of closure of the universities that I have recalled, we were not in a technological era. So, students basically had to sit out the entire period of the closure of the universities.

Luckily for us we find ourselves in an era where the use of technology is rife. Therefore, finding other alternatives to engage students during this period of closure and suspension of academic work, should not be a problem. In all of the developed world, academic work is progressing without hindrance, thanks to the availability of internet services to all students. Indeed, the phenomenon of distance and online education is the new normal.

The outbreak of the novel Coronavirus has made the government of Ghana through the Ministry of Education to communicate its plan to resort to virtual learning during this period of closure of the universities. So, our universities all over the country have put out how they intend to run their E-learning activities and have all tackled a fundamental issue, which is the provision of some amount of Internet data to help ease the burden of students as they access these platforms.

Institutions that have supported or spelt out plans to support their students with some amount of internet data are; the University of Ghana and the University for Professional Studies. It was quite surprising for UCC’s management to release its communication on their arrangement on how its version of the E-learning was going to take place without it talking about one of the many problems that may be associated with the E-learning platform- the Provision of Internet Data to their students.

I was very elated to see a release from the Students Representative Council (SRC) which called on all students to HALT registration unto the E-learning platform because the issues the SRC identified with the E-learning arrangement on behalf of students have still not been addressed and they went ahead to list a number of them. For me I know we can’t have a system that would be one hundred percent perfect but I believe that management should at least try to provide some amount of internet data to students so at least it would be a way of meeting the needs of students at halfway. I suspect that lecturers will have a similar problem.

After the release by the SRC I decided to monitor the reactions of students and this I did through the various WhatsApp platforms that have students on it and also through the WhatsApp statuses of the students that I have contacts with, and finally on the social media platforms like Facebook, Telegram and Twitter after which I drew the conclusion that the step taken by the SRC is one that is welcomed by most of the students in UCC. The students really applauded the SRC for the giant step it has taken. Of course, there are a few students who disagree with the SRC for their own parochial reasons.

As students, I think it would do as and the SRC some great deal of good if we collectively rally behind the SRC Executives for us all to push this course. But if we ignore the call by the SRC and go ahead to register, then the SRC won’t be able to achieve or win this fight for us, because once management sees that even after the release by the SRC students still went ahead to register they understand that the student front is broken and the student leaders do not have the support of students on this and therefore they would still go-ahead to do as they please which would largely go against we the students.

And I know for sure that should this fight fail, we would blame the leaders but forget that when they needed our help we did not offer it to them and obviously we wouldn’t be fair to them. Let’s marshal all the support we can to win this fight. We have a student population of about nineteen thousand, meaning if we all are to respect the SRC’s directive then we should surely know that a very strong signal would have been sent to management.

For me I believe that if we all fight this together with the SRC we would surely win and at the end of the day we would be seen as the heroes and heroines that rekindled the flame of student activism and advocacy again in UCC because this is the time for us to do that. The University management should realize that they occupy their various positions and offices because there are students in the University, therefore, they should know that whatever they do or whatever decisions they take should be geared towards the greater good of all students.

I would like to end by assuring the SRC that they have my support on this and there is no way I’m going to register till the issues raised are resolved or addressed and communicated to students by the SRC, who would then notify us to register. I would like to say kudos to the SRC, especially the President for the bold decision taken. Let's BE BOLD ENOUGH FELLOW STUDENTS.

GOD BLESS OUR ACTIVISM AND ADVOCACY.