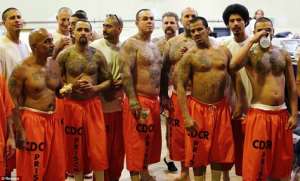 The impact of the coronavirus has decimated the world, ruining businesses and economies along its path, yet many underestimate this deadly virus and have refused to obey the lockdown. However, people who think the virus is just a joke will soon know how powerful this virus is.

Around the globe, the coronavirus has opened the gates for hardened criminals and normal prisoners who have to be caged for serious crimes they have committed, to gain freedom, just to avoid the spread of the disease.

Following the fast rate of the disease around the globe, the UN High Commissioner for Human Rights Michelle Bachelet on Wednesday called for the urgent release of detainees around the world to prevent the COVID-19 pandemic from wreaking havoc in the often overcrowded prisons.

The High Commissioner urges governments and relevant authorities to work quickly to reduce the number of people in detention, for example by releasing older and sick detainees, as well as low-risk offenders. Following this request, many countries experiencing coronavirus in prison has opened gates for them.

In the Democratic Republic of Congo has considered the congested situation of prisons in the country, to release 1,200 inmates, as part of efforts to prevent the spread of the novel coronavirus, the country's justice minister said.

In Nigeria, the government has approved the release of 2,600 prison inmates across the country, as a measure to control the spread of the deadly disease.

It makes sense to take the health of the population into consideration knowing how deadly the coronavirus is but the important question is, how many of the prisoners, including armed robbers in Africa, will not begin to put terror once again in the population?