Dancing To The Tunes From Above: The Woes Of The Ghanaian Public Servants 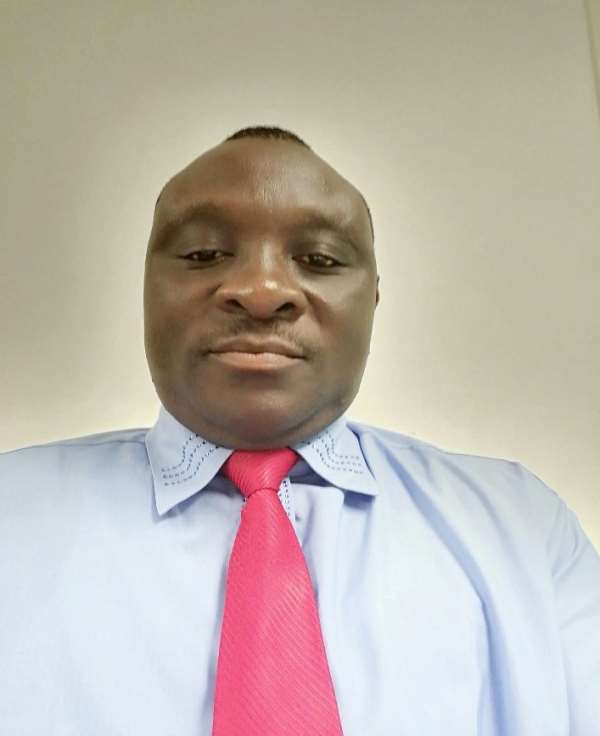 Wilson published the politics - administration dichotomy theory /debate in Political Science Quarterly (PSQ) in 1887. PSQ is a renowned American academic journal which has been published since 1886.

In this article, we will join Wilson's unending debate and tail it down to Public Administration in Ghana with regard to working in the public services.

As a matter of fact, the Public Services of Ghana practice Public Administration which involves making and implementing policies chiefly to solve societal problems and advance sustainable development.

However, just as Woodrow Wilson propounded, politics sets the tasks for Public Administration practice in Ghana but contrariwise to the Wilsonian prescription, the political class in Ghana does not only set the administrative tasks in the public sector but it also manipulates the way certain administrative functions are or must be performed. But are the Ghanaian Public Servants themselves also non- political or neutral? The answer is a big no. Most of them are equally politicians who fake neutrality. Very often, we hear the debate or is it the blame game that the administrative technocrats assert that the politicians do not give them the required free hand to operate. The politicians also argue that the administrative technocrats are to blame for not doing their jobs well and for failing to be completely neutral so far as partisan politics is concerned.

In my candid view, the two sides of the blame game is veracious because for each side, the real situation is like a simple pendulum, which swings freely in two directions. Of course, there are no complete politicians manufactured in an experimental laboratory who know nothing at all about Public Administration. Most politicians were once practicing technocrats before occupying political positions. Suffice to say that Public Servants recognize political positions as being higher than the position of the Public Administrator. As such, Public Administrators aspire to become politicians. The reverse is rare.

The Woes of the Ghanaian Public Servants
Each political party vying for election in Ghana to form government prepares or is supposed to prepare a manifesto that captures the direction of the national developmental agenda. The assumption is that the electorates or the people have endorsed the manifesto whenever they vote massively to elect a winner. Mostly, the manifesto of the winning party is the driving force of what the National Budget or Appropriation Act contains.

Election winning in Ghana is a zero sum game because the winner takes all. There are two trajectories of the winner takes all syndrome in Ghanaian politics. Supposing party A contests party B in the election and party B wins, no or very little appointments are given to the members of the opposition party (party A). The first trajectory is that members of the winning party (B) fears that if appointees from the opposition party (A) will ever be loyal to the course of the winning party (B) that forms government. The second trajectory is the refusal of opposition party (A) members to accept any appointment opportunities offered them by the party B government because they fear their own party (A) members will take them to be traitors and disown them. This makes the zero sum game so complex in Ghanaian politics to the detriment of institutional memory and sustainable development.

In most of the Public Services of Ghana, the technocrats have their political affiliations and sometimes it is glare. Public Servants who feel their party is in power often take advantage of that and maltreat their colleagues in the offices using the politicians' face as a mask. Public Servants often cause the removal, transfer or resignation of their colleagues they think do not belong to their political parties. This unfortunate occurrence often fixes square pegs in round holes as some deployments are not done on merit in the Public Services.

Quite apart from the above, there is professional rivalry in the Public Services both at personal levels and at respective professional association levels where the Rational Choice Theory with its overwhelming cynical shadows prevail. The situation often leads to unjust transfers, which serve as punitive mechanisms.

The public sector organizational structure in Ghana is heavily centralized with somewhat decentralization but devolution in the true sense is virtually a mirage. The decentralized offices are only field offices of the top echelon of the mother organization. The peripheral officers of a typical Public Service in Ghana have limited power to act on certain issues. Rivalry, nepotism, cronyism and all forms of favoritism coupled with victimization and vilification abound with the top hierarchy occupants seemingly the protectorates of knowledge and experience.

Is the Ghanaian Public Servant not his own enemy? Methinks yes, because they use political affiliations to manipulate or maltreat professional colleagues and turn around to blame the politicians. There are times that certain situations or decisions are attributable to the politicians when in reality, the politicians had no scintilla of prior knowledge of those decisions.

Dancing To The Tunes From Above
Apart from the issues raised earlier, the Wilsonian prescription of politics not manipulating administration does not work in reality. In most countries and in Ghana my mother land, politics sets the tasks for administration and administration is equally subordinate to politics. If you take the governance structure of Ghana for example, the Public Servant or the Public Administrator is a subordinate to the politician hence the former is often answerable to the latter. Right from the presidency through the Ministries to local government levels, the Public Administrator reports to the politician. Even though the Chief Director (CD) of every sector ministry of Ghana is appointed by the Head of Civil Service, the CD is answerable directly to the Minister responsible for the ministry. Again, Regional Coordinating Directors and the District Coordinating Directors are answerable to the Regional Ministers and the District /Municipal /Metropolitan Chief executives respectively. As such, Woodrow Wilson's Politics- Administration Dichotomy Theory is difficult to be made a reality even in America where he propounded it. How can administrative questions not be political questions when it is mostly the politicians who call the shots when it comes to public policy making and implementation? The public purse and the resource allocation power are equally placed in the hands of the politician. As such, the Wilsonian prescription of Politics-Administration Dichotomy is nothing but a management fad or an illusion because it does not work in real life situations.

What is rather worrying which must be eschewed in the Public Services in Ghana is the rivalry and the usage of the zero sum game against professional colleagues. Sometimes however, even when the Public Servants try hard to be neutral and do their jobs as professionals, their hands are tied and they fear losing their jobs so they tend to describe the colour of an object as near black even when the object is truly black in colour. Whenever such a situation develops, the masses or the people who are the beneficiaries of public policy implementation tend to suffer the consequences. The public servants might not be given the resources to work with, and the people agitate but the public servants fear to say what the real situation is. The Ghanaian Public Servants therefore dance to the tunes from above both from the political level and from professional echelons. The higher echelon of centralized or somewhat decentralized organizational structures often rubbish and stifle peripheral initiatives.

Conclusion
Politics-Administration Dichotomy advanced by Woodrow Wilson and his cohorts or adherents is only good for academic debate but difficult to actualize in real life official situations. What should prevail is a good working relationship between the politician and the Public Administrator. Synergy and harmonious working environments are known to be pivotal to productivity and go to support sustainable development.

However, with enough public education and putting county first and above individual benefits, the two trajectories of the zero sum game whereby the winner of a general election takes all in Ghana can and should be overcome.