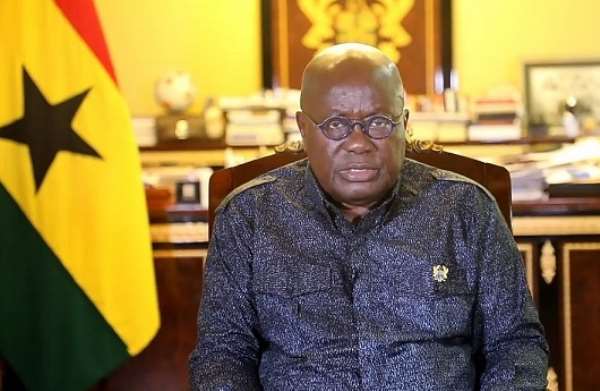 Some of us have rooted for a lockdown for weeks in Ghana as a bio-defense strategy to contain the community spread of coronavirus. The government dragged its feet for a long time. And finally decided to act - belatedly and half-heartedly - but not strategically.

The government announced a lockdown in selected cities and towns on Friday night. However, people have three whole days free to freely move out of the city to any town or village of their choice.

This appears to have left a big loophole in the government's bio-defense strategy.

We all see legions of people are moving in droves to catch a bus to their isolated villages in Ghana. They are trying to take advantage of that window of opportunity left open by the government.

What this means is that the government's half-hearted belated partial lockdown is serving a different purpose other than the intended purpose.

The virus is now going to be redistributed to spread even faster rather than isolated and contained to slow its spread.

People are going out to areas without means of testing for COVID-19 where the virus will incubate, duplicate and spread in the various communities.

And nobody should blame the people who are on the move.

If the government did a thorough analysis cognizant of the consequences of their decisions, they should have foreseen this trend of human behavior coming.

Why did the #lockdown not include an immediate ban on the inter-city movement of vehicles and people? Is it because they didn't think about it or didn't care enough or were they afraid of the consequences?

How will any proper bio-fefense strategy fail to predict correctly, the human behaviour or reaction to an impending lockdown?

And how can we now blame these people on the move? The government has created the impression that the war zone is in the cities and has given people the chance to escape before a curfew.

This is despite the fact that we don't have a clear picture of the hot spots of the virus in the communities - thanks to our lack of capacity for testing and contact tracing.

Potential hot spots such as the upper east and west regions which share borders - authorized and unauthorized - with Burkina-Faso - the hottest spot of the coronavirus in sub-Saharan Africa - must not and cannot be left out of any urgent and serious bio-defense strategy of the Ghana government.

Those who think the people on the move are to blame for indiscipline should think again. If the people could be relied on to use their common sense, we wouldn't have needed the coercive powers of the state to impose social distancing.

The government is called upon at this juncture to think for the people. The government is leading this biological warfare and if their decisions are untimely and unstrategic, the public pays the heavy price.

And if the people see that the government is clearly not thinking deeply enough - as it seems to be the case now - they will have to start thinking and acting for themselves - in self-defense.

For example, many public servants are still required to report physically for work in government agencies and departments despite not providing any essential services. But in self-defense, many of them will defy such a government counter-productive order and stay home. Can you blame such public servants?

Even as the government calls for social distancing, the President is still physically meeting various groups of people from different institutions at the presidency and sending wrong signals to the people.

In the end, a failed government bio-defense strategy will only worsen the humanitarian, socio-economic and public health crisis for the people - with political ramifications - of course!

We must stop blaming the people for acting in self-defense! The Government of Ghana must act more strategically by rethinking its bio-defense strategy or else the people of Ghana are heading towards Apocalyptic scenarios.