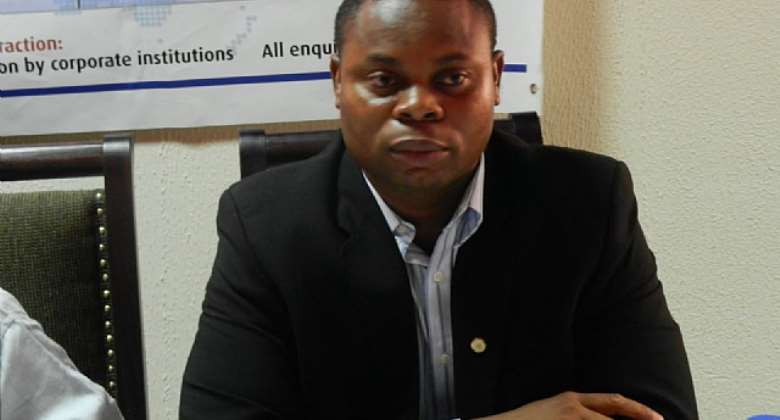 Fellow Ghanaians, we are in the midst of the apocalyptic novel coronavirus 2019 (COVID-19/2019-nCoV). Soon, most of our energies may well be absorbed into the task ahead to contain and suppress the virus from becoming a major disease outbreak in this country.

But the issues surrounding the Electoral Commission’s (EC) decision to throw away 7,500 ultra-expensive laptops and accessories plus 72,000 expensive hand-held gadgets, bought and maintained with tens of millions of our hard-earned money, haven’t gone away.

If anything at all, the announcement of the first two cases in Ghana throws into sharp relief whether the “social distancing” directive which discourages large social gatherings can be compatible with the EC’s mass registration calendar, which shall see on average 2200 people cluster in the 8000 registration areas over a period of 43 days beginning on the 18th of April 2020.

That this timeline was technically impossible to meet from the get-go because the EC is yet to even complete its procurement activities for the hardware and core software, much less sign contracts with the relevant vendors, complete specifications, and receive the equipment for customisation, merely compounds the matter.

A pall of uncertainty now hangs over the timeline to the elections, with its strict sequence of activities: registration, exhibition, adjudication, and compilation before distribution of the register to the political parties for their review. Coronavirus, rather than displacing this EC new biometric register matter from our priority list, has in fact reinforced the urgency with which we must handle this situation.

We at IMANI have taken our time to compile this Questions and Answers (Q&A) document as a quick and ready reference for all those who have tracked the outcomes of our reinvigorated advocacy this week.

As we transition from the public phase of our educational effort to the stakeholder engagement phase, we would like to clear any doubts still lingering in the minds of the public because of the EC’s sponsored propaganda, clearly stepped up in recent days. We also acknowledge many of the questions and issues raised by respected and highly experienced public figures in recent days in the line-up of responses we have produced below.

Question: This country has a history of mass registrations (registering every eligible voter/elector afresh) during election years. 2004 and 2012 come to mind. So why the concern about the timing?

Question: The EC says the existing system isn’t in a good state for the general elections. They are the ones close to the situation. Shouldn’t we just give them the benefit of the doubt?

Q: Wait, hold it, the EC has produced a letter from STL, the former contractors who worked on the system to prove the obsolescence theory. Do you know better than STL?

Q: STL may have padded their quotations and may have been milking Ghana as many have accused them over the years, but that does not still mean that the biometric system is not obsolete.

Q: Well, this is rather surprising. Which official documents are you relying upon to make these conclusions?

Q: Okay, but surely, this is probably just a mere case of misunderstanding and confusion. Maybe, some monies have been listed as released to the EC that never got disbursed or maybe wasn’t used?

Q: What about the claims that the EC mentioned to parliamentary committees several times that the biometric system was obsolete and that even the just exited Chair of the commission signed some contracts which have not been honoured? Surely, that can get captured and picked up by even auditors to create an erroneous impression of procurement?

Q: And the claim that the previous EC Chair signed contracts that were abrogated by the current management?

Q: Could it be that the recent EC is just distrustful of any system left behind by the previous administration and wants something she can be fully confident in as the procurer?

Q: A major criticism is that you keep flitting from issue to issue, and changing the goal posts, all in a desperate bid to scuttle an activity of a major state institution.

Q: The EC and its allies deny any procurement issues. They say they acted within the law.

Q: The argument has been made that Thales prevailed in an open and fair process and that none of the other bidders, Smartmatic or Idemia, was graded on a scheme not applicable to the others.

Q: Your comments have been interpreted as being in favour of some of the vendors that lost out, perhaps Idemia and Smartmatics.

Q: But the EC claims that these matters that you are busily canvassing did not even feature in the evaluation?

Q: You have mentioned the term, “conflict of interest”. Where and how?

Q: There are some that argue that all this talk about technology obsolescence is besides the point, the real issue is the “bloated character” of the current Voters’ Register.

Q: So why doesn’t IMANI go to court?