Why Ghana’s Parliament Stab To Gag The Media Must Be Resisted! 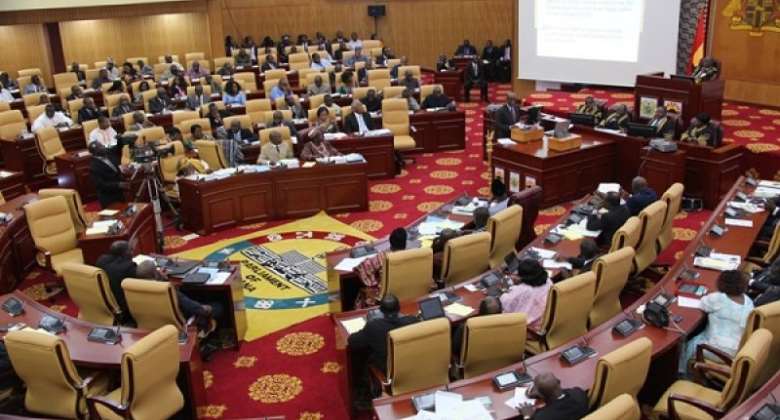 This week, Ghana’s Parliament through its Speaker, Prof. Mike Oquaye, delivered an unthinkable decree which clearly was meant to position the sacred balls, dangling between the thighs of the Ghanaian media under the cruel feet of members of the House and zombie-move them against the standard practice of journalism. This ignominious and awkward attempt is considered the first in the history of Ghana regarding journalists discharging their duties from the revered House.

Prof. Mike Oquaye, in delivering his disgusting and sickening order, did not only threatened to punish members of the parliamentary press corps who chose to cover press conferences within the precincts of the House during parliamentary sessions but also described the journalists of the various media houses duly accredited to discharge their duties from the House as mere visitors who can be chased away at his desires.

The Speaker, a lawyer and Man of God’s dictatorship order came on the back of a complaint from the Majority Leader, Osei Kyei-Mensah-Bonsu to the effect that journalists had abandoned proceedings in the House and gave audience to the Member of Parliament for Ellembele, Hon Emmanuel Armah Buah, who addressed them on the energy sector vis-à-vis the State of the Nation Address delivered few weeks ago by President Akufo-Addo, an address the minority boycotted.

Isn’t that intriguing and saddening at the same time? Now the Speaker and his leadership of the House can decide for journalists representing their media houses in the House what to do or not? Does he think that the media can be dictated to on what to cover and what not to cover because they are representing their various media organisations in Parliament? Isn’t this a decision of a power-drunk politician desperate to make news headlines?

Delivering his backward and nauseating ruling, the man, who by virtue of his experience should’ve known better, rather shamelessly and brazenly declared journalists discharging their duties in the House as strangers to Parliament and if the supposed strangers don’t give due coverage to the proceedings of plenary and what had been reported should happen again, they will become unwelcome guests and their welcome will be duly withdrawn at his wish. Haba! Who exhibits such shameless tyranny in this era especially in a country that boasts of having free press?

The Speaker and his leadership reprehensible attempt to gag and zombie-direct journalists assigned to the House by their respected organisations, means that Ghana is in a very serious trouble and all well-meaning Ghanaians must rise and resist it with our might and strength.

As the minority in the same House said in their historic walk-out during the president’s State of the Nation Address, we must resist oppressors rule with our might and strength. The media must not acquiesce to the dictates and control by any institution in the discharge of our duties.

Should we, in the inky fraternity remind the good old Prof. Oquaye, as an astute lawyer and former Member of Parliament of several years that his actions by telling the press what they can and cannot cover has exceeded his constitutional? He and his supremacy driven leadership have no right under any law, or any legal capacity to control what the media can do or not. Even the President of the Republic has no such powers. Their illegal and disgusting attempt to muffle the media will therefore be met vigour and anger.

Let me remind him and his cohorts that Article 162 of Ghana’s Constitution guaranteeing freedom and independence of the press is unambiguous and must not be toyed with by anybody. Clause 4 of this Article, states that “Editors and publishers of newspapers and other institutions of the mass media shall not be subject to control or interference by Government, nor shall they be penalized or harassed for their editorial opinions and views, or the content of their publications.”

The fascism action by this parliament goes to confirm that we are fast and apocalyptically losing our bragging right as the only country in Africa that protects and guards freedom of the press. It is therefore unwise for anybody in the country to attempt to place a gag order on the media. Such an unwelcome attempt will further dent Ghana’s unique and globally respected national identity as a country where the media is allowed to operate freely though that is not really the situation.

Lets me remind them again that, Journalists are watchdogs and not cheer leaders. We are trained professionally to ignite dialogue on essential issues no matter where it may come from. We expose the truths that powerful people would rather conceal. We are the force that holds our leaders accountable for their actions and not our leaders rather blatantly dictating to us as what to do or not.

They must be told in the face that when leaders such the leadership and members of the second most powerful institution in the country, begin to openly and audaciously threaten journalists, they are threatening the 1992 constitution, along with our most basic rights.

The liberty of this bleeding nation depends on our existence and therefore the freedom of the press is nonnegotiable and cannot be limited by the sheer wishes of individuals who think the country belongs to them. Never! Ghanaians will resist it with full force and vigour. The constitution has offered independence of the media and of expression. And this must be respected and enforced.

Since this government took over power, the issue of media freedom, and the ability of journalists to be able to do their jobs without fear, has been in the headlines following the Rambo style arrest of journalists by members of the national security forces. Others had been brutally beaten up whiles others were killed ferociously. The killing of Ahmed Suale, an investigative journalist following threats issued to him by a Member of Parliament is still fresh in the minds of Ghanaians and they not ready to accommodate further threats on journalists.

135 critical media houses have been closed down, including Radio Gold and Radio XZY, another investigative journalist, Manasseh Azure Awuni had been forced into exile in South Africa, and one reporter in Upper East region, Emmanuel Adati had to flee to Accra in an attempt to save his life after he had been threatened.

And now it is our parliament? Are we now living in a jungle? These dishonourable happenings simply prove that media freedom was granted by the constitution is really. The state and some powerful institutions are destroying it at their will to satisfy their egos.

The writer is a Senior Journalist, Editor of The National Tribute Newspaper, a columnist with Ghanaweb.com, ModernGhana.com and other online portals. He’s also an activist of the National Democratic Congress. Email contact; [email protected]