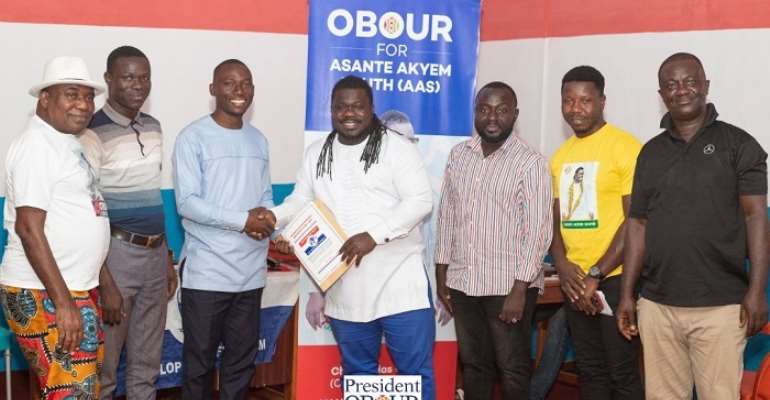 According to him, “this marks the birth of a new dawn in my young but eventful life progressing from a very successful career as a musician into multi-party politics.”

“I served MUSIGA to the best of my abilities and learnt a lot of critical lessons which I carry along into mainstream politics,” he said.

In a statement, he promised to introduce a new kind of leadership, hard work, dedication, commitment, perseverance and excellence in a bottom-up approach when given the nod.

“I wish all aspirants the very best as we keenly contest each other in a healthy manner which will inure to our collective benefit,” he noted. 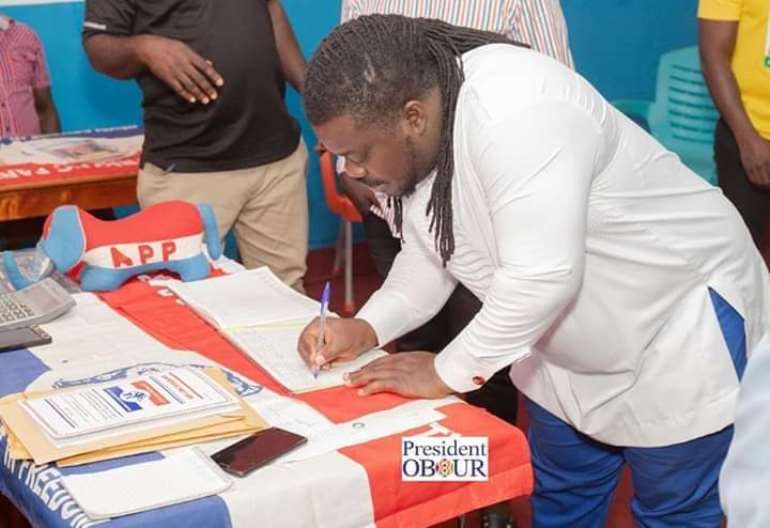 On Tuesday, January 21, 2020, the Asante Akyem South Youth Coalition, a group of youth activists paid a courtesy call on Bice Osei Kuffour at his residence in Juaso to plead on him to contest for the parliamentary seat. 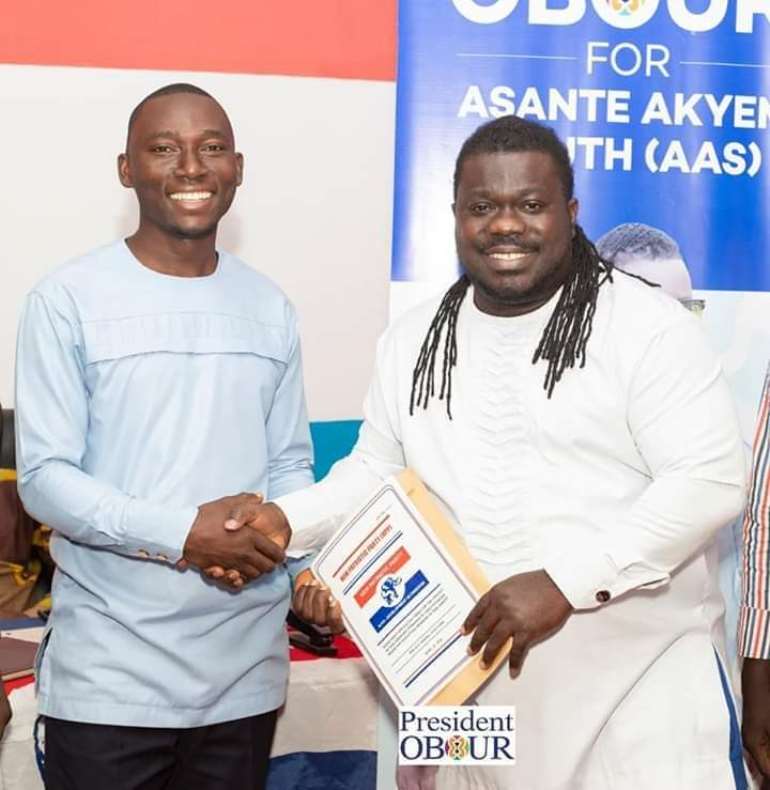 He later announced that he was ready to pick his nomination forms on Tuesday 28th January 2020 at the NPP office in Juaso.

Born Bice Osei Kuffour on November 17, 1981, Obour is a Ghanaian musician who acceded the Presidency of the Musicians Union of Ghana (MUSIGA) in 2011 and completed his second term in 2019.

He is an alumnus of the University of Ghana, the US International Visitor Leadership Programme, Aspen Global Leadership Network, and African Leadership Initiative of West Africa.

He was the youngest recipient of the State Grand Medal Honour, given by President J. A Kufuor in 2008.

He is the Founder of the Christiana Addo Memorial Foundation which promotes education, sanitation, personal hygiene and youth empowerment in Asante Akyem.