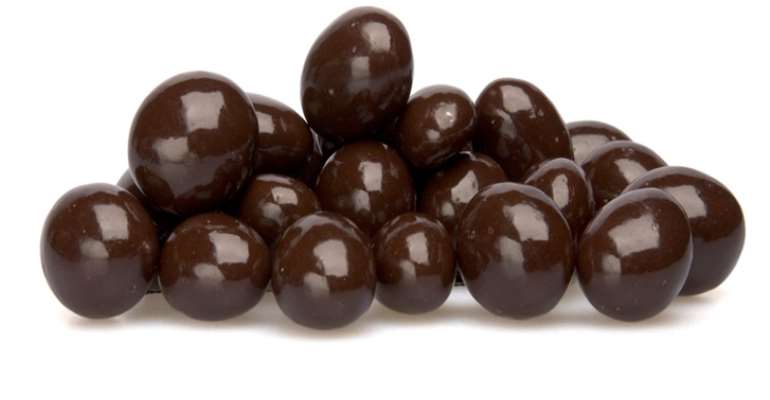 According to studies, the average American consumes roughly 12 pounds of chocolate each year, and over $75 billion is spent annually worldwide on chocolate. With this much chocolate eating going on especially during Valentine day in Ghana, it’s essential to make smarter choices about what kinds you consume so that you can enjoy your favorite treats guilt-free and take advantage of all the health benefits of dark chocolate.

Scientific studies on the benefits of Dark Chocolate:

One of the best benefits of dark chocolate is its ability to fight free radicals. Free radicals are harmful compounds created by cellular processes in the body that can contribute to inflammation and chronic disease. Antioxidants are the compounds that are believed to neutralize free radicals and protect the body from damage and disease.

Dark chocolate is loaded with antioxidants, including flavonoids and polyphenols. The cocoa, in particular, has actually been shown to have a high content of polyphenols and flavonoids that is even greater than wine and tea. Therefore, the higher the cacao/cocoa percentage of the chocolate bar, the more awesome antioxidants.

That’s right, one of the benefits of dark chocolate is its potential as a cancer-fighting food. Hong et al 2013 research shows that the flavonoids and antioxidants found in chocolate may be especially beneficial against colon cancer. For instance, one animal model found dark chocolate was able to effectively reduce the growth and spread of colon cancer cells in rats.

Another review by Martin et al 2016 noted that it could potentially help protect against colorectal cancer due to its ability to decrease oxidative stress, reduce inflammation and block the growth of cancer cells.

Flavanols are the main type of flavonoid found in chocolate. According to Cleveland Clinic, research has shown that flavanols have a very positive effect on heart health by reducing blood pressure and improving blood flow to the heart as well as the brain. These flavanols can also help prevent blood platelets from clotting, which could reduce the risk of stroke.

A study by Shiina et al 2009 published in the International Journal of Cardiology had subjects consume either a daily dose of flavonoid-rich dark chocolate or non-flavonoid white chocolate for two weeks. The results showed that flavonoid-rich chocolate intake significantly improved circulation in adults whereas the white chocolate had no positive impact on health.

Another study published in 2015 Kwok et al followed the health of over 20,000 people for 11 years and concluded that higher chocolate intake was associated with a lower risk of heart problems. In fact, among subjects who consumed the most chocolate, 12 percent developed or died of cardiovascular disease during the study compared to 17.4 percent of those who didn’t eat chocolate.

The cocoa butter found in chocolate is rich in healthy fats and polyphenols, which are beneficial compounds that act as antioxidants in the body.

Another review of 10 studies by Tokede et al showed that consuming flavonol-rich chocolate was effective at reducing levels of total and bad LDL cholesterol, both of which are major risk factors for heart disease.

One research by Farzaneh et al 2008 suggests that flavonol-rich dark chocolate could increase blood flow to the brain, which could potentially aid in the treatment of cognitive conditions like Alzheimer’s disease and Parkinson’s.

Another 2009 study published in the Journal of Nutrition noted that consumption of flavonoid-rich foods — such as chocolate, wine and tea — was linked to better brain function and improved cognitive performance.

Several studies show that adding chocolate to your diet can reduce blood pressure levels, which could help protect against conditions like heart disease and stroke.

For example, in one 2015 study by Rostami et al, consuming 25 grams of dark chocolate was effective at lowering blood pressure in those with type 2 diabetes and hypertension. Not only that, but it was also able to significantly decrease fasting blood sugar levels as well compared to a control group.

In a study by Crozier et al 2015 published in Chemistry Central Journal, the total flavanol and polyphenol content, as well as antioxidant activity content of chocolate and cocoa powder, were compared to super fruits like acai, cranberry, blueberry and pomegranate. The researchers found that the flavanol content of cocoa powder (30.1 milligrams per gram) was significantly greater than all of the other super fruit powders.

Although more research is needed, one recent June 2018 human clinical trial by Rabin et al observed that contrast sensitivity and visual acuity of 30 participants improved after consuming dark chocolate versus milk chocolate, meaning that it could potentially help boost vision. However, more studies are needed to evaluate how chocolate and its components could impact vision long term.

One of the top dark chocolate benefits for skin is attributed to its flavonol content and its ability to protect against sun damage. In fact, one study by Williams et al 2009 out of London found that eating flavonol-rich chocolate could help prevent damage caused by ultraviolet light.

Another research by Heinrich et al 2006 emphasized that regular consumption of chocolate may also reduce skin roughness, enhance hydration and improve blood flow to the skin.

Dark chocolate nutrition is actually quite impressive, especially when it comes to fiber, iron, magnesium, manganese and copper. Just a particle of dark chocolate with 70 percent to 85 percent cocoa solids contains the following nutrients:

Risks and Side Effects

Is dark chocolate vegan? It depends.

So for those trying to avoid dairy for personal or health reasons, it’s important to be extra careful about label reading to ensure that you get 100 percent dark chocolate. Milk is legally permitted to be put into dark chocolate, but since it’s one of the eight major food allergens, U.S. laws do require chocolate makers to list milk as an ingredient.

According to the US FDA, chocolates are one of the most common sources of undeclared milk linked to consumer reactions. In addition, recent testing by the FDA found that you can’t always tell if a chocolate has milk just by reading the ingredient list.

Many manufacturers make their dark chocolate on the same equipment that they use for milk chocolate production, which increases the risk of cross-contamination. If you’re concerned about milk possibly being in your chocolate, it’s best to contact the manufacturer prior to consumption.

Another possible allergen to watch out for in chocolate (even organic brands) is soy lecithin, which is commonly added as an emulsifying agent. Soy lecithin does contain trace amounts of soy proteins, which have been shown to include soy allergens.

However, soy lecithin does not appear to contain sufficient soy protein residues to induce allergic reactions in the majority of soy-allergic consumers.

Chocolate is not a low-calorie or low-fat food so these are some other good reasons not to overdo it. The flavor is so rich that you can enjoy it and get the benefits of dark chocolate with just a little piece.

How Much to Eat

Although chocolate can be a great addition to a healthy diet, it’s important to keep in mind that each serving packs in a high amount of dark chocolate calories.

To avoid overindulging, it’s best to eat a little piece by itself after a solid meal or include it in a recipe. Selecting products with at least 70 percent cocoa can also help ensure that you get the best dark chocolate possible.

Additionally, if you’re sensitive to caffeine or looking to avoid caffeine entirely, it’s important to know that there are measurable amounts of caffeine in chocolate. Caffeine overdose side effects can include nervousness, increased urination, sleeplessness and a rapid heartbeat.

For reference, one ounce of chocolate contains around 12 milligrams of caffeine. While this is significantly less than a cup of coffee or an energy drink, it’s still something to be mindful of when picking your portion size if you’re sensitive to caffeine.

• Take a look at the dark chocolate nutrition facts and it’s easy to see why this incredible ingredient is packed with health benefits.

• In addition to being a high-fiber food, each serving is also loaded with manganese, copper, iron and magnesium as well.

• Some of the top benefits of dark chocolate for men and women include improved heart health, blood pressure and brain function.

• Weight gain, acne, bloating, headaches and sleep disturbances are a few of the most common side effects of dark chocolate.

• Additionally, because it can be relatively high in calories, it’s important to moderate your intake and select healthy dark chocolate varieties with a higher percentage of cocoa solids to maximize the health benefits of dark chocolate.

Disclaimer: As pertains to all my previous articles, they are for educational purposes and not to be used as a substitute for medical advice.