JymWrites: If Not Us, Then Who? 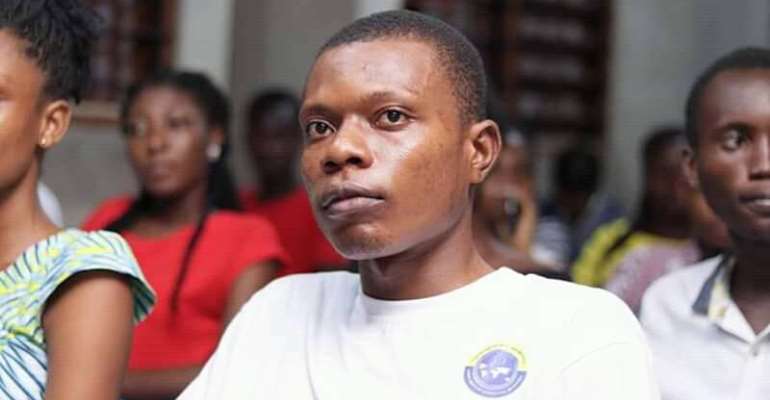 If Not Us, Then Who? If Not Now, Then When? These are the words of John Robert Lewis, a famous Freedom Rider in the early sixties. Lewis was born at a time where racial discrimination was on the high and in 1960, the Supreme Court in the United States ruled the law which forced blacks and whites to seat separately in public transport or be separated in public waiting rooms was unconstitutional.

However, in Southern America, the law was not being enforced and John Lewis along twelve other Freedom Riders challenged the Federal Government to enforce the law. It was through this process that Lewis said, “if not us, then who? If not now, then when?”

John Lewis did not relent and pretended the issues of racial discrimination were none of his business; after all, it started before he was born and at age 20, he was too young to have picked up the fight for equal right. But John Lewis was willing to die for the freedom of his race even at a young age.

In 2018, he endorsed former United States President, Barack Obama for his presidency. In the run-up to the election he said:

When we were organizing voter registration drives, going on the Freedom Rides, sitting in, coming here to Washington for the first time, getting arrested, going to jail, being beaten, I never thought – I never dreamed – of the possibility that an African America would one day be elected President of the United States. My mother lived to see me elected to the Congress, but I wish my mother and father both were around. They would be gratified. And they would be saying that the struggle, and what we did and tried to do was worth it.

At Obama’s inauguration after the election, John Lewis was presented with a commemorative photograph, signed: “Because of you, John.” Because of his selflessness, his sacrifice, because he decided that if change must happen, then someone has to do something about it.

What John Lewis said overwhelms me and the story behind it inspires me in different ways to stand for what is right even when the world turns against me. When you look at history, the cause of the world didn’t just change, someone had to sacrifice, lay the foundation or speak out.

We live in a country where politicians are untouchable because we have young men and women, who are mostly ignorant about their position as citizens fighting for these political parties. We have been ruled with fear and most of the young people are just cowards. Our country is being misled by politicians and everyone is afraid to speak out, we all want to mind our business and avoid being tagged, attacked or confronted.

John Lewis taught me one thing, he saw something which needed to change and he went out of his comfort to do something about it. It is unlike the kind of youths we have in our country who are either selfish or cowards.

I recently commented the president of the country commissioning ambulances, as if providing ambulances for the people of Ghana is an achievement. My comment did not settle in well with party faithful’s and people who have no sense of understanding. Left with them alone, we should let things be and mind our businesses and let the country continue to be in its ruin.

I’m specifically writing this to the people who were disappointed in me and those who went to publically advice and to tell me how they have lost their respect for me. I’m not bothered by their comments because these people are nothing but traitors, what I’m bothered me is their unwillingness to fight for this country, and I want to ask “if not you, then who?”