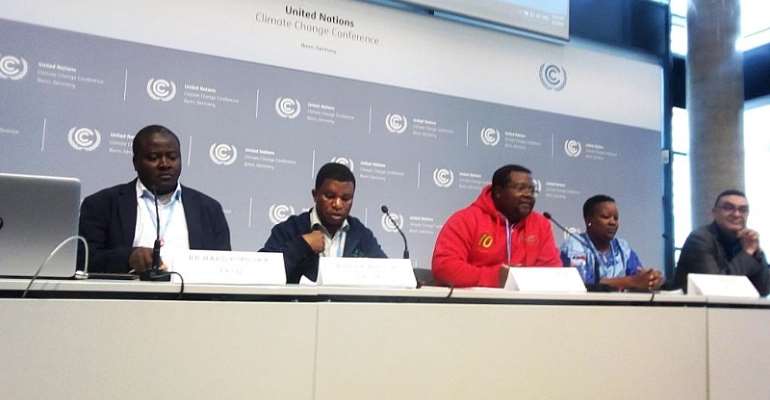 Media must not join in the discrimination vice, Africans are proud of themselves as they are

A voice is heard from Uganda, here in Africa, where occupants are predominantly black. It is a cry. The cry is loud and clear. We can’t take this anymore.

We can’t be forced to believe that we are lesser humans or not beautiful enough to appear where white skin is. This is worse when done by media, which we have all trusted for ages.

That Ugandan climate activist Vanessa Nakate could be subjected to a clear case of racism in an American media outlet is beyond ignoring. What was the problem with her appearing in the picture taken with four other climate activists, Greta Thunberg, LoukinaTille, Luisa Neubauer and Isabelle Axelsson?

As climate justice advocates, the Fourth Estate has been our last resort on matters advocacy. It is media that we run to when governments misbehave and need to be exposed or told off. Different media outlets help us pass key information, informing citizens of different republics of opportunities and dangers looming in the climate crisis.

Besides, the Fourth Estate is the only one that humans trust to tell their stories, not even as much as they trust their religious leaders, in some cases.

So, now, where did the rain start beating the media to engage in such clearly discriminatory acts at a time the world is working towards unity to address the challenges we face day in and day out. Where will we run to, if trained journalists cannot be trusted to make proper judgement on very sensitive matters, hence being openly discriminatory?

Time has come to tell the world all the truth. We shall not sit and watch this kind of discrimination happens and is taught to our innocent young childrenwho have no clue why people with similar blood quietly engage in superiority wars based on appearance.

By now, despite the near timely apology issued by the Associated Press, it is instilled in Vanessa Nakate’s mind that as good as she might think she is (and she is), she must be a child of a lesser God. Such beliefs have contributed to cases of gun violence, even in the USA, simply because certain races cannot be comfortable with the others.

What foundation is this the Associated Pressis building for our children? Where are the AP values? How far can this kind of discrimination go?

Other media houses of repute should learn from the AP mistake and not allow such again.

In the meantime, let all be informed that the climate justice that the children were advocating knows no colour, or race. The same is the case with the climate crisis; when it floods in Africa, Australia cries over incessant forest fires. While the East suffers quakes and tremours, somewhere in Germany people quit coal mining because they know exactly what it may have done or will do to the environment.

Let the Fourth Estate continue playing its part in the mitigation of the effects of the climate crisis by highlighting and informing the public, as well as evoking thoughts among policy makers and governments to do the right things in relation to climate crisis, all for the sake of their citizens.

However, this kind of discrimination can only remind us of our suffering as Africa, despite being the least contributor to the creation of the climate crisis. Since this is the first such discrimination by the media in recent times, we shall look at the bigger picture and accept that it could have been an oversight, but know we shall revisit. We are watching.

Just to remind all, black is beauty, just as white or any colour is, and we shall not be apologetic about it, or seek anyone’s approval to be comfortable in our skin. And for Venessa, keep the fight, do not lose focus. Do not be distracted by people who waste the kind of opportunity they could have used to conquer against the climate crisis.

We are here to fight climate woes, not colour bars.