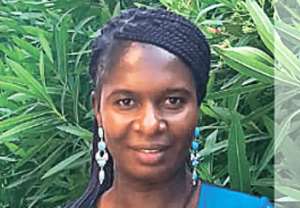 The Israel Embassy in Accra says the pregnant Ghanaian migrant who has been held in isolation for four months in an Israeli prison was being detained because she was illegally residing in Israel.

Jossephine’ Kwabiwaas plight was highlighted by an Israeli news portal, Haaretz.com , which reported that the 32-year-old had been in detention for the past four months because she refused to be tested for tuberculosis.

According to the report, the pregnant woman refused the test, which include x-rays, out of concern that the radiation could affect her pregnancy.

The report also indicated that the continuous detention of Josephine was in violation of the World Medical Association and United Nations directives on holding pregnant women in isolation which could severely hurt their physical and mental health and potentially harm the fetus.

But in a radio interview with Accra-based Starr FM, the Israeli Ambassador to Ghana, Shani Cooper-Zubida, said Jossephine has been illegally staying in Israel since 2013.

According to her, after the notice of her illegal stay was brought to the attention of the authorities in Israel, the Ghana Embassy in Israel was contacted to have her deported to Ghana.

”She is a Ghanaian citizen who has been illegally staying in Israel since 2013. The notice of her illegal stay in Israel reached Israeli authorities who have been working accordingly with the embassy of Ghana in Israel to send her back to Ghana.

“Israel and Ghana are working in cooperation to return Ghanaians illegally staying in Israel,” she said.

'Breaking the 8': Party needs fresh executives in Ashanti re...
27 minutes ago

NPP Regional elections: Be vigilant, NDC is sponsoring some ...
45 minutes ago