How Much Is In Ghana’s Contingency Fund? 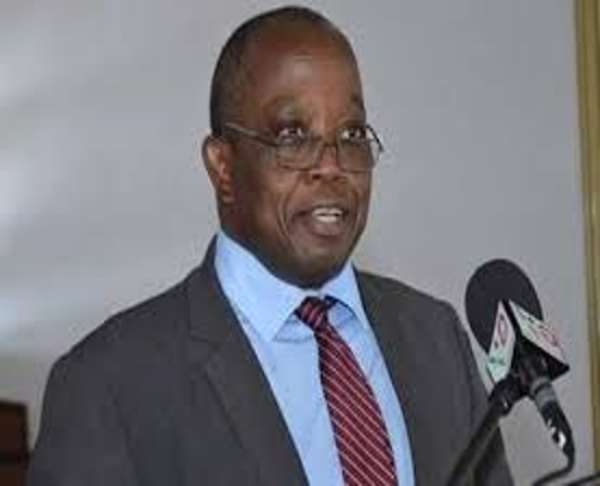 Introduction
The Contingency Fund of Ghana is one of the major public funds created by the Constitution. However, at no point in time do Ghanaians know and neither do they question how much is the balance in the Contingency Fund. As the people who pay tax and in whom the sovereignty of Ghana resides, Ghanaians must be fully aware about how government manages state affairs and how much is involved. Knowing how much is in the Contingency is therefore key for a financially conscious Ghanaian who has been encouraged to be a citizen and not a spectator, provided that the short memory description of the Ghanaian does not hold true. This article discusses Ghana’s Contingency Fund under various subheadings for ease of understanding and reference. Enjoy it.

Historical Perspective and Purpose of the Contingency Fund

The chief purpose of the Contingency Fund, which has been placed under the office of the President is to finance expenses related to urgent or unforeseen occurrences which have no provisions in the Appropriation Act of a given year. The Appropriation Act in a given year simply means the approved national budget for that financial year. These unforeseen events, which the Contingency Fund is used to fund, may be flooding, army worm attacks on crops, disease outbreaks, war situations and other happenings of that nature that call for urgent interventions by the state.

It is therefore not surprising that section 36 (1) and 36 (2) of the Public Financial Management Act, 2016 (Act 921) has enshrined verbatim, the tenets or rendition of article 177 (1) and 177 (2) of the Constitution. Suffice to say that as the democratic representatives of the people, Members of Parliament have significant roles regarding how much is allocated into the Contingency Fund, what the Contingency Fund revenue is used for and how disbursements are made from the Fund.

Accounting For Contingency Fund Expenditure
Section 81 (1) (b) of the Public Financial Management Act (Act 921 of 2016) further requires that the Controller and Accountant General should within 3 months after the end of each Financial Year, prepare and submit the Contingency Fund Accounts to the Minister of Finance with copy to the Auditor-General. It should be noted that the Auditor-General has a constitutional mandate under article 187 (2) and 187 (5) of the Constitution to audit public accounts and report on them to Parliament within 6 months after the end of the immediate preceding financial year. From the foregoing, one may conclude logically that it makes legal and accounting sense that the Controller and Accountant General submits the accounts of the Contingency Fund to the Auditor-General even 3 months before the latter reports on public accounts to Parliament.

The Public Must Know How Much Is In The Contingency Fund

Every year, the Finance Minister in compliance with article 179 of the 1992 Constitution presents an Appropriation Bill to Parliament for approval or enactment into an Appropriation Act, which is also called the approved national budget.

However, Ghanaians are only told about the Country's GDP and resource envelope used to make the budget as well as developmental projects earmarked and the taxations to be levied. Huge loans are also contracted and we are informed about all those financial actions. However, the Finance Ministers fail to tell us how much we have in the public funds especially the Contingency Fund, which is meant for expenses on disasters and other similar occurrences as the Constitution, 1992 enshrines.

Chronicling and telling Ghanaians the urgent events that warranted expenses from the Contingency Fund and how much is involved are important on the altar of transparency and accountability. This is because it has been rumored over the years that Government occasionally pays public sector salaries and incur other expenses of non-urgent nature from the Contingency Fund. Also, it has been alleged in the public domain time and again that refunds into the Fund delay. If such rumors are true, then it is an unwise decision and it goes to solidify the fact that Ghana cares less about disaster preparedness and for that matter disaster funding.

I think that it behooves the Auditor-General to be disclosing to Ghanaians at regular intervals as to the balance in the Contingency Fund. Such an important public fund should not be mismanaged, because doing so has dying ramifications for the citizenry.

In 2019 when numerous farms and homes were washed away by the floodwaters from torrential rains in the northern parts of the country, NADMO was somehow overwhelmed and relief items delayed in reaching the flood victims. Could this be attributed to inadequate money in the Contingency Fund?

Again, a mismanagement of the Contingency Fund amounts to an illegality which must be brought to book regardless of the ranking of the public officers involved since rule of law is one of the principles Ghanaians have committed themselves to under the 1992 Constitution, our supreme source of law per articles 1 and 11 of the Constitution.

Conclusion
It is high time that Parliament ensured through both the Finance Committee of Parliament and the Public Accounts Committee that the Auditor-General tells Ghanaians as to how much is in the Contingency Fund.

The Finance Minister must also do so whenever he or she is presenting the draft budget to Parliament. In a State of the Nation Addresses (SONAs), the President must also tell Ghanaians transparently the expenses made from the Contingency Fund, whether or not the corresponding refund was made and how much is in the Fund. Mindful of the chief purpose of establishing the Contingency Fund, financial indiscipline must be eschewed in its management.

The Auditor-General who is already doing well, should equally focus on how the Contingency Fund is managed. It is commonly said that failing to plan means planning to fail so the Contingency Fund must be protected as a financial plan for disaster management and moneys from it judiciously used for the stipulated constitutional purpose.