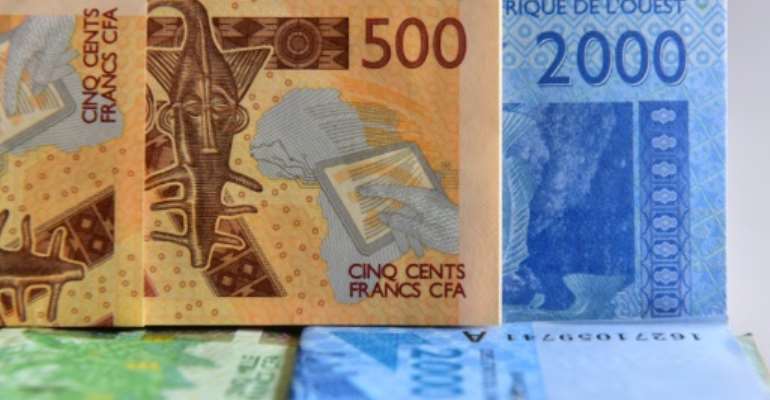 English-speaking West African countries on Thursday criticised a move to rename the CFA franc used by former French colonies, saying the move jarred with plans to introduce a region-wide currency of the same name.

Members of the West African Monetary Zone (WAMZ) Convergence Council said they "noted with concern" the December 21 announcement "to unilaterally rename" the CFA franc, used by eight countries, as the Eco by 2020.

The move "is not in line" with plans by regional bloc ECOWAS to adopt a single currency also called the Eco, they said in a statement issued after talks in the Nigerian capital Abuja.

They called for an extraordinary summit of WAMZ "to discuss this matter and other related issues."

The rebuke came after a major announcement that sought to turn the page on CFA franc's perceived colonial-era connection.

The currency has long been attacked as a colonial relic.

It was set up by France in 1945 and is backed with reserves held at the Bank of France in Paris.

The December 21 announcement was made in Abidjan by Ivorian President Alassane Ouattara, with French President Emmanuel Macron in attendance.

Under it, the eight-nation CFA franc would be renamed the Eco and its members would no longer have to lodge reserves in France.

The former colonial power would quit the currency's managerial institutions, although it would provide a line of credit to provide support in the event of a monetary crisis.

However, the announcement did not say how the change would dovetail with plans by the Economic Community of West African States (ECOWAS).

The 15-nation bloc last year set the goal of creating a single currency, also named the Eco, in 2020.

Eight ECOWAS nations use the CFA franc but the bloc's economy is dominated by Nigeria, and their monetary criteria -- essential for a smooth transition to a single currency -- are very divergent.

The WAMZ Convergence Council meeting was attended by finance ministers and central bank governors of The Gambia, Ghana, Liberia, Nigeria and Sierra Leone, which are English-speaking, and of Guinea, which is French-speaking and chaired the talks.

The December 21 announcement applies only to the CFA franc that is used in West Africa.

A parallel CFA franc is used by six other countries in central Africa. Its future, too, also faces questions as a result of the announcement in Abidjan.