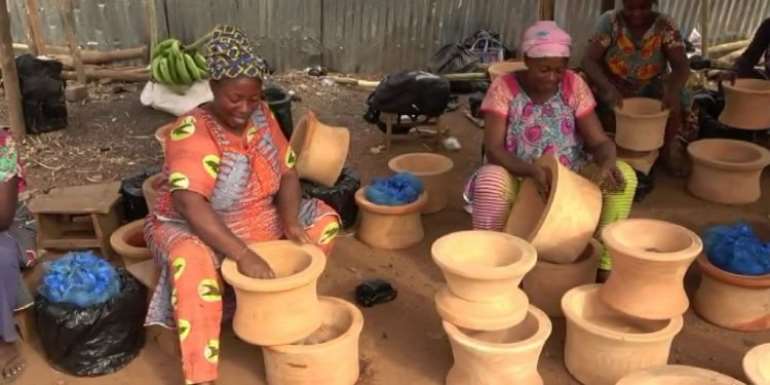 If there's anything that changes the world faster and threatens to alter the traditional ways many things are done, then it is technology.

Mortars and pestles over the years have been the main implements for preparing fufu in Ghana.

Apart from the mortar and pestle meant for pounding the mixture of plantain and cassava or sometimes cassava and cocoyam, there are similar designs meant for grinding other things such as boiled palm nuts and even herbal medicines.

Although fufu is mainly a meal identified with the Akan tribe, it is loved by majority of Ghanaians. But for years, some have had issues with the preparation process, which requires a lot of physical strength to get it done.

As a result, the introduction of the machine that reduces the manual process and in some cases eliminates it entirely, came as a relief for many especially those who prepare it on a large scale for commercial purposes.

Nonetheless, majority of Ghanaians still prefer the traditional way of preparing the meal, as they believe the value is not the same when a machine is used. In fact, not even the introduction of the powdered Fufu has shifted the taste of many Ghanaians from the manual preparation.

But it appears the effect of technology is gradually being felt, as mortar and pestle manufacturers at the Nana Bosoma Market also known as the Wednesday Market in Sunyani; say they are gradually being pushed out of the business by the fufu machines, and the shortage of wood to manufacture their products.

“It is very difficult getting the wood. The wood is now scarce. The situation is compounded by the fact that people now prefer the Fufu making machines. Also, when they come and we mention the amount they tell us they would go to the machine operators. When you cut the wood, they would arrest you in Bono Region, and so you cannot get the wood. We have to go to Cote d'Ivoire, and the price also keeps changing. Government should do something about it.”

“The ladies do not want to go through stress; so they are not ready to pound the fufu. They prefer the fufu processing machines. I don't like the process of using fufu machines. I believe it could cause ulcer due to the metal. This is wood; and so when you pound in it; nothing would happen to you.”

Some women who had visited the market to purchase a pestle, tell me why they still prefer the traditional way of preparing fufu.

“We have to use the mortar. The woods they're made from are medicinal, and can even be beneficial in curing some diseases. The machines are not good; the mortars are better.”

40-year-old, Fati Hudu, operates a fufu milling machine at Abetifi in Sunyani. She tells me business has been good since she started. 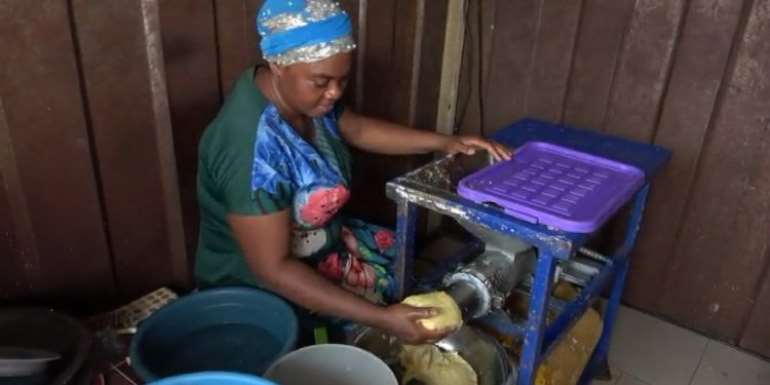 “As you can see, it is good because after milling it, you do not need to pound again. You only add your soup and start eating. In a day, I am able to get 30 people. I do not allow people to bring their footwear here. When people come; they testify that they have been to places that are not clean; but after coming here; they continue to come because the place is clean”.

Another woman, who patronizes the fufu making machine, also spoke to Citi Business News why she prefers the machine to the traditional way of preparing the meal.

“I started coming here not too long ago. I like the hygienic conditions here. They always dismantle the machine and wash it so it is safe.”