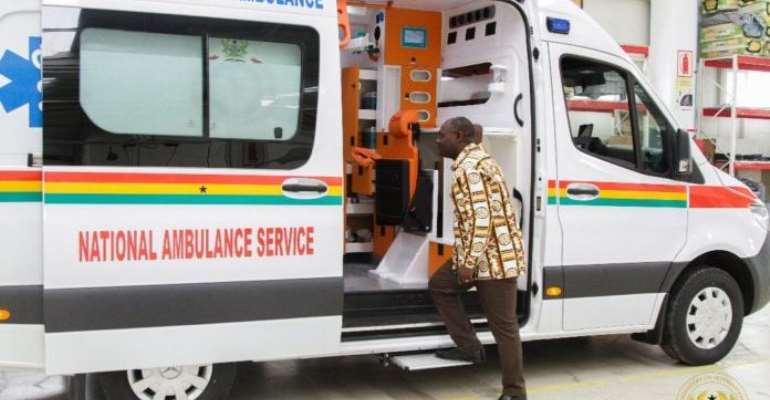 The government is seeking to introduce a new Emergency Number for the Ghana Ambulance Service.

This was announced by the Special Development Initiatives Minister, Mavis Hawa Koomson.

This is against the backdrop of the procurement of ambulances for every constituency as promised by President Nana Akufo-Addo.

The government procured 307 ambulances in total in line with a promise by the Akufo-Addo administration to improve emergency healthcare in all Ghana's constituencies.

Ninety-six of these ambulances have already been cleared and are undergoing processes like labelling, installation of a tracking system and comprehensive insurance.

The Minister in charge, Hajia Koomson, speaking to Citi News on Monday while seeing to it that the ambulances go through all the right processes before its commissioning, said that the government is still having discussions on introducing the new emergency call number.

“We don't have any problem with the trackers as at now. It's been well done. We're now also getting an additional number that is very reliable, that is the emergency number for the service. So we are still thinking through. We are thinking of using 112. Previously, it was 193. So that may be changed.”

She explained the reason for the change as, “Because of the digitization we are doing, we are also using Vodacom which sometimes is easier to get. So we are still having discussions on it.”

She further denied all claims that two or more constituencies will share an ambulance.

She lastly replied in the affirmative when asked whether all is set to commission the ambulances on the scheduled date, 28th January 2020.

President Nana Akufo-Addo announced the arrival of the first batch ambulances for all 275 constituencies in the country in September 2019.

The first batch numbering about 48, arrived in the country on Thursday 12th September, with a promise that the next batch will arrive in the country by the first week of October 2019.

The second batch came in, adding up to the first to make a total of 96.

The ambulances which were parked at the State House sparked controversies, with the Minority arguing that it was wrong for the ambulances to be parked for months when they are needed in communities to help save lives.

They, therefore, issued a 3-day ultimatum to Akufo-Addo to distribute the parked ambulances.

The ambulances were initially set to be commissioned to the various constituencies on 6th January 2020.

But the Ministry of Health on 3rd January pleaded for the postponement of the commissioning of the ambulances, stating that it needs more time to critically assess and conclude technical issues regarding the deployment of the ambulances for effective and efficient emergency response.

The National Ambulance Service also justified this call, stating that the postponement was to make sure there was no gap between the commissioning and deployment of the said ambulances.

The Chief Executive Officer (CEO) of the service, Professor Ahmed Zakaria, said the final batch of 48 ambulances will arrive in the country on 18th January.

However, the new date scheduled for the distribution of the ambulances is 28th January 2020.