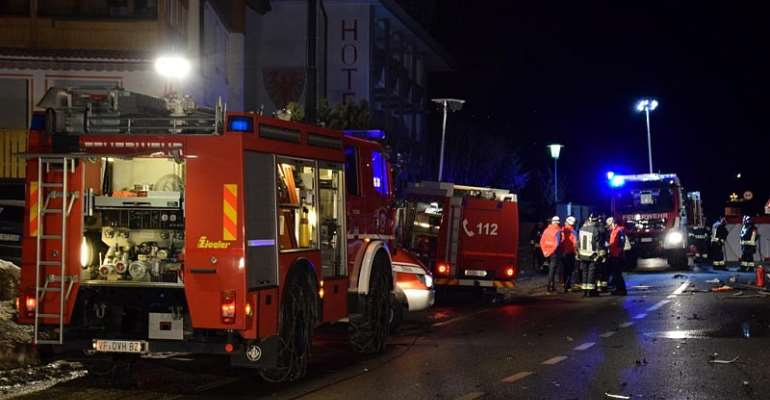 A drunk driver has ploughed into a group of young German tourists in northern Italy, killing six of them and injuring around a dozen other people, Italian authorities said.

The accident in the town of Lutago, near the Austrian border in the South Tyrol region, happened shortly after 1 a.m.

The group of Germans had spent the evening at a nightclub and were gathering to board their bus when the car slammed into them at high-speed.

Some of them were propelled dozens of metres by the impact.

Six were killed, a fire service official in Lutago told AFP. Eleven others were injured, including two from the region.

Two who were in a very serious condition were flown by helicopter to a hospital in Innsbruck in Austria. The nine others were taken to regional hospitals.

According to Rainews24, the driver was a 28-year-old man who lived locally. He had a high blood alcohol content and was driving particularly fast, a Carabineri police official in Brunico told Associated Press, speaking on condition of anonymity.

Police concluded that the accident was not an act of terrorism.

The driver was arrested and put in hospital under a police guard.

More than 150 emergency workers were mobilised following the tragedy, and a field hospital was set up by the roadside to provide first aid.

The largely German-speaking autonomous region of northern Italy, with its ski resorts in the Dolomites, is a popular tourist spot.

Lutago, located at 970 metres in the picturesque Aurina valley, is a village of about 800 residents and the location for a popular Italian television series "A un passo del ciel" ("One step from heaven").

Last week, three Germans - a woman and two girls, one of them aged seven - were killed in an avalanche in South Tyrol.