Her Accurate Prediction Made Her One Of The World's Famous Clairvoyants 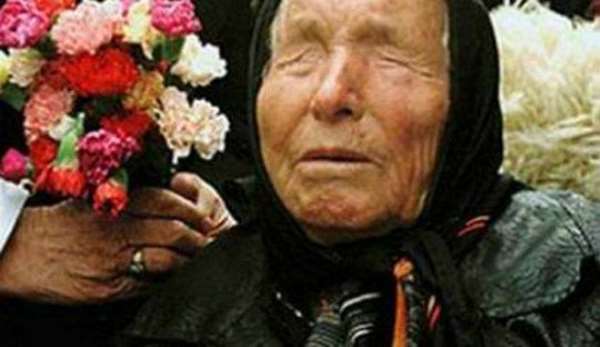 She wasn't born blind but at a tender age of eleven, she lost her sight but later, she instantly became one of the most famous people in the world because of her accurate prophesy which all come to pass.

Born in Bulgaria, on October 3, 1911, Vangelia Pandeva Guster, popularly known as Baba Vanga, in 1939, after several months of struggle for her life with severe pneumonia, begins to show supernatural qualities.

Her remarkably accurate prophecies which successfully anticipated made her one of the famous persons in the world. Even the world's great presidents knew who she was because everything she said about them happened exactly as said.

Although Baba Vanga died on August 11, 1996, many of her prophecies came true after her death and yet, there are still a number of events that are yet to take place.

Here is an overview of her prophesies which took place and that is expected to be met by the end of 2020!

For example, she prophesized about the sinking of the Russian nuclear submarine Kursk, the Chernobyl nuclear power plant disaster, the fall of communism and the attack on the World Trade Center in New York and exactly what she said happened.

In advance, she also announces the ups and downs of prominent personalities and states from around the world. Many of the predictions made by Baba Vanga are expected to be fulfilled in 2020. What does a blind fortune teller expect us to do?

She successfully anticipated the earthquake in the Indian Ocean and the subsequent devastating tsunami that hit the coast of Indonesia on 26 December 2004, and eight years after her death, the tsunami killed more than 230,000 people across 14 countries, including Japan, China, Alaska, and Pakistan.

Baba Vanga made a prediction that China will become a world superpower and that it will be the most powerful country in the world. Today, the whole world has seen the potential strength of this country which has taken over Africa.

According to other interpretations of the still unfulfilled prophecies, Baba Vanga said, Russian President Vladimir Putin finds himself in danger, as he will be the victim of an assassination attempt that will be carried out by a member of his own security team!

Indeed, Putin has admitted in the past that he has avoided at least four failed assassination attempts on his life and at present, his safety is overseen by a sniper team.

About the current US president, Donald Trump, Baba or Grandmother Vanga, as others used to call her, said, Trump will suffer unpleasant health problems. The president plagued by an unknown disease will suffer from tinnitus, severe nausea and hearing loss.

Many associate this mysterious illness with that some American diplomats and their loved ones had recently faced in Cuba. Several times it was suspected that diplomats had been targeted by Cuban secret services.

I am a bit surprised about the latter prediction because it was just on December 29, 2019, I posted an article entitled ‘The Exploitation Of Africa’s Resources By Foreign Countries Must Come To An End In 2020,’ and the article has already been one of the most read among my publication statistics.