How Special Is 31st December For Christians? 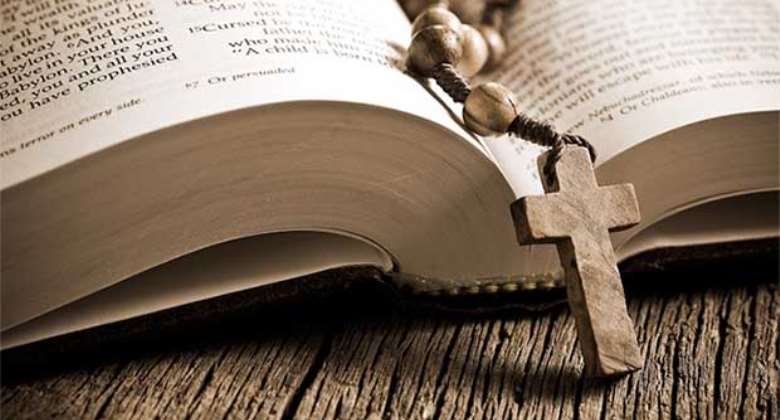 OF THE 365 days in a year, 31st December is considered an extraordinary day by most members of the Christian community. It is the last day of the last month of every year, according to the Gregorian calendar, which is named after Pope Gregory XIII, who introduced it in October 1582. This is the calendar widely used in the world today.

Most Christians throughout the world mark 31st December in a special way. A distinct watch night service termed 'Crossover' is organised to usher in the New Year. In Ghana, most pastors herald the night of 31st December with special preparation and publicity. Usually, giant billboards are mounted on the streets of cities and towns to publicise it. Also, announcements are made by wealthy churches via television and radio to encourage believers to fully participate in the watch night service.

In most of the announcements, pastors promise to lead the church members in special prayers to avert curses and demonic plots and schemes which might have been programmed against them in the New Year. They also purpose to pray and commit Christians under their care into the hand of God so they can receive and enjoy divine blessings and favour in the New Year. This somehow puts fear in the hearts of some of the believers, and so they feel compelled to attend the service.

In fact, on 31st December, most pastors lead their congregants to offer thanksgiving, praise and worship to God for His protection, guidance, provisions and all blessings in the past year. They make prophetic declarations, confessions and commitments to God for the coming year. In some churches, believers are made to make financial pledges to God for His protection and blessings in the coming year. Often believers are made to honour these pledges the following year.

Now, as children of God, we must sometimes be bold to question the scriptural basis of things that are introduced into the Body of Christ. Personally, I have been participating in the 31st December watch night services until recently when my heart was opened to the deception about it. The question is: how special is 31st December and its watch night service for children of God? I know that many will resent and reject this message, but God's will be done and His purpose served. The Bible says, “We can do nothing against the truth but for the truth” (2 Corinthians 13:8).

First of all, it is a great error for a pastor to invite his church members and give them false hope of specially ushering and committing them into the hand of God for the New Year. This is unscriptural and unbiblical. We children of God know that the love relationship that exists between us and God does not expire on the night of December 31 to necessitate its immediate renewal by a pastor.

And we are also aware that true Disciples of Christ are always in the hands of Christ Jesus and the Father. This is why Jesus promises that no one can snatch His children out of His hand or the Father's hand. His sheep hear His voice every day and night, and they follow Him every day and night. Thus Christ's sheep do not need to be specially committed into His hands yearly as they are always in His great and powerful hands (John 10:27-28).

Moreover, it is necessary to point out that there is nothing scripturally special about the night of 31st December to compel Disciples of Christ Jesus to mark it. In the sight of God, every night of each day of each month of each year is special and the same. Each is good in the sight of God. Each comes and goes by the grace of God, and every night serves as the beginning of a new year for different people. This means there is crossover every night. And we can say there is crossover every month also.

Now, what the Psalmist says in Psalm 65:11, “Thou crowneth the year with thy goodness…” means God encircles or provides for us the whole year, i.e. every day, week and month with His goodness or bountiful harvests, and not only in December. Also, we, the elect of God, know that our God does not operate by the Gregorian calendar. Does He? The Gregorian calendar was adopted in 1582 which introduced 31st December. This means Christians who lived before 1582 had no knowledge about 31st December, and so did not hold any special all-night service on 31st December.

We also know that God has not promised or commanded special prayers, praise or any act of worship to be offered on the night of 31st December. But we are commanded to thank God always, pray always, preach and teach always, give always, serve God always and praise God always. In fact, Disciples of Christ worship God every day and every night. God made every day and night special. God is not obliged to honour anything He has not commanded or promised.

Similarly, God does not protect, defend and rescue His children from demonic afflictions, and bless us because we participated in 31st December watch night service, but because we are His children and He loves us. He neither abandons nor forsakes us. He is always our defender, buckler, refuge and rock. In our weakness He is merciful and fights for us.

I thank God that He is aware of the motives most ministers of this generation have about the 31st December watch night services. There is no doubt that money is the greatest motivation for this annual special service. It is not being said here that money is evil; it is good. Every denomination or local church needs huge sums of money to undertake Kingdom projects, but our motives and deeds must be right before God. How many pastors will observe 31st December watch night service without taking money from their congregants?

One of the problems which is adversely affecting the purity and sanctity of the Body of Christ in this generation is blind imitation. One pastor starts something, and all pastors and churches start copying it without spending time to seek God's will concerning it. The fact that something seems good to man does not mean it is the will of God to be done. May the will of God be done!