"The AfCFTA must embrace the digital economy" - ECA's Karingi 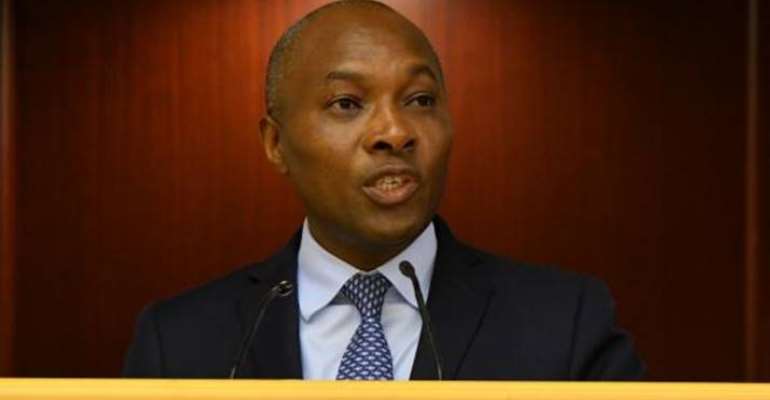 Addis Ababa, 11 December 2019 (ECA) - The Committee on Private Sector, Regional Integration, Trade, Infrastructure, Industry and Technology (CPRTIIT), comprising senior officials and experts from member states, which meets biennially opened today in Addis Ababa on the theme: Private Sector Development and the Digital Economy in support of Regional integration in Africa. According to the organizing team, the Committee, which has been in place since 1999 has been reconstituted by the Economic Commission for Africa under a broader mandate, that gives prominence to the private sector, to harness its full potential for job creation as well as its capacity to finance development and make regional integration functional.

Speaking at the opening, Stephen Karingi Director Regional Integration and Industrialisation Division at the ECA said, studies by ECA have shown that the African Continental Free Trade Area, - AfCFTA could increase intra-African trade by between 15 to 25 per cent, compared to a scenario with no AfCFTA in place. With this in mind, stated Karingi, “increase in trade in itself is not as interesting as the composition of the trade created and around two-thirds of the gain is expected to be derived from industrial goods, providing a good environment for diversification of the African economies.”

He also said that the increase in trade expected to provide good quality jobs and improve livelihoods on the ground and the Continent will also benefit from strengthened regional supply chains.

While the economic gains are clear, Karingi opined that they will not be automatic. The AfCFTA provides the platform through which new industrialisation pathways can be realised, by harnessing the opportunities digitalisation offers. The Agreement, added Karingi, has to go beyond goods and services and a working dispute settlement “..it has to embrace the digital age in which it is coming into life.”

Ambassador Mesganu Arga Moach, Ethiopia’s State Minister in the Ministry of Trade said his country is preparing a draft national law which outlies the governance framework for ecommerce. The law, said the Minister, will be ground breaking for businesses that are moving towards online trading and financial transactions.

He also told the gathering that Ethiopia has launched an electronic world trade platform - the second in Africa after Rwanda - which will enable Ethiopia to provide smart logistics and services, conduct cross-border trades with a focus on small and medium-sized enterprises. The platform will be pivotal in availing market opportunities and linkages for SMEs with business across the globe.

“Our policies are being designed to encourage adoption, but also to enhance innovative capabilities in creating home-grown technologies, products and services, said the Minister.

Pepin Guilaume Manjolo Buakila, Minister of International Cooperation, Regional Integration and Francophonie expressed his appreciation to the ECA for organizing the series of meetings to provided experts with an opportunity to examine the studies done by the ECA, particularly in areas aimed at maximising the implementation of the AfCFTA, even as the Continent seeks to address numerous challenges, including low levels of diversification and governance.