You Have Never Been To Hell 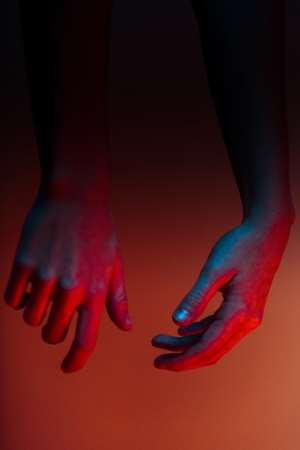 I was speaking with a young lady and when I suggested she pray more she said she doesn't need my reminder for she's 'been through hell' and so knows what to do. She then reminded me her entire family has been living in hell and its only the grace of God that has kept them going. I understand the sentiment behind those words for most of us feel and say the same but has any of us ever been to or through hell?

There is a commandment in Holy Scripture that talks about how we use words and this is exactly what it says You shall not take the name of Lord your God in vain; for the Lord your God will not acquit him that takes His name in vain (Exodus 20.7). The late R. C. Sproul has said God needs no other commandment in condemning the current culture for we all have allowed and used His name in vain. Many of us have grown dead to the danger of using the name of God in main stream entertainment and even in Church circles we use God's name for profane purposes.

The Church of God more than anyone is guilty of blasphemy against the God who saved us. It is sin to use the glorious name of God and His Son in a way that defames or devalues the 'Personhood of their Persons.' So is it sin to trifle with things God considers serious - hell is one such thing God takes very serious.

You can only think you have been through hell because you don't know God and you don't know hell. Before I tell you what hell is let me tell you what God has in store for those who play around with what He takes serious. Jude 1.10 - but these speak blasphemously of those things which they do not know; but what they do know naturally, like unreasoning animals, they are destroyed by these things and 2 Peter 2.12, but these, as unreasoning natural animals, having been born for capture and destruction, blaspheme at things which they are ignorant of, and shall be destroyed in their destruction.

I know for a fact that no one living has ever been to or through hell for Jesus has said "no one will come back from hell" (Luke 16.19-31), you may have the luxury of disbelieving if you believe all the tales circulating of people who had after death experience in heaven or hell but I don't have that luxury.

So what is hell?

Hell is a place, a place the human mind can't imagine though Jesus took the pains to describe it in pictures. As the human mind gets relief thinking and picturing heaven so it gets tortured thinking and picturing hell. He'll is a place of eternal torments. Eternity isn't unending time as we can only describe. Eternity is outside of time. Think of that the next time you think of "eternity in hell." You can imagine a billion years in hell but try an eternity in hell. The Gospels are full of references about hell and not even one is pleasant. I suggest you read it and thank God that whatever situation you're in isn't hell.

Life is hard for some of us, my own life included. Pain, disappointment, rejection, shame, lack - these are bad but not hell in any degree. These are just a result of God's judgment on human sins and our own bad choices but for grace we would really have all been sent to hell. Glory to God. If just a whiff of hell ever was allowed in our life we'll wish for a million deaths. I know this for those in hell are praying for a death that will never come. In hell death sounds pleasant to the soul but there is no death in hell, same way there is no repentance.

Today you can repent. Today you can repent from playing with the things God consider very serious. It is possible to speak right and it is possible to say we have survived through grace without making reference to hell. Let God renew your mind so you can see hell for what it really is and take the only step you can to avoid it - a real personal faith in Christ that is evidenced by a life of repenting.