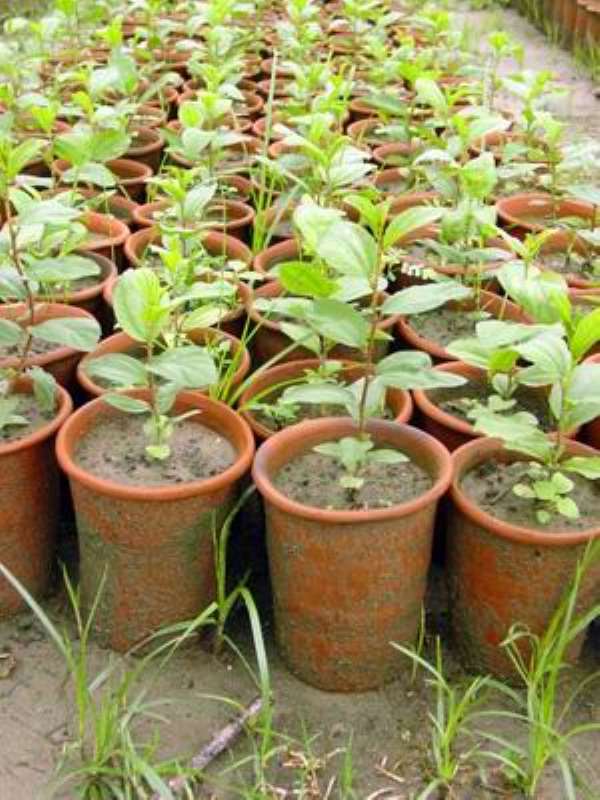 Quality local seed is among the most important production resources that greatly influence agricultural productivity. Despite its productivity gains, farmers’ access to quality seeds still remains difficult and sometimes nonexistent.

However, the use of farmer produced seeds has partially affected production yields due to poor inherent genetic and physical quantities of seed susceptibility to severe pest and disease infestation.

With the implementation of the government’s Planting for Food and Jobs Programme (PfFJs), the availability of quality local seed is imperative for quality yields to drive improved food productivity.

This is because improved local seeds hold potential benefits and remain key to sustaining the PfFJs for the nation to achieve food security through enhanced productivity, higher harvest index, and reduce risks of pest and diseases as well.

There is no doubt that improved seed is a fundamental input in crop farming as it plays a critical role in agricultural development in Ghana.

There are a number of recent developments that may have a considerable influence on Ghana’s ability to provide commercial seed for its major field crops.

These includes the enactment of a new seed law, the development of regulations for implementing the law, new national agricultural policy, activities of domestic and foreign seed companies and donor interests.

A new law, the plant and fertilizer Act of 2010, has recently been brought into force. The need for a new law to replace the Plant Quarantine Act of 1965 and the National Redemption Council Decree 100 of 1972 had been discussed for more than a decade.

But was not, until recently that the final version was approved.

The law includes designation of responsibilities for seed import and export, establishes a register of expert varieties that can be marketed, outlines procedure for seed quality control and testing, and establishes a National Seed Council and Associated Committees.

But almost all details on implementation and standards are left to the regulation and those who will interpret and enforce them.

Perhaps the most significant aspect of the new law is that it allows the production of any class of seeds by approved entity and permits both domestic private sector activity as well as access to foreign (public and private) varieties.

There have been a number of donor’s efforts over the past few decades to support seed production activities in Ghana.

In the early 1990’s, Sasakawa global 2000 (SG 2000) was instrumental in establishing a system of small-scale seed producers.

From the mid1990s, a GTZ West African Seed Network (WASNET) also supported the development of the commercial seed sector for more than a decade.

More recently a USAID-funded West Africa Seed Alliance (WASA) sponsored activities such as training for input dealers and seed producers in Ghana and the US-Funded Millennium Development Authority (MiDA) promoted the use of commercial seed as well.

Despite all these interventions, small holder farmers access to local but quality seeds in the country still persist.

The Ghana Seed Inspection Division (GSID) of the Ministry of Food and Agriculture is mandated by law to certify seeds, and monitor outlets of seed dealers as well.

However, there is ineffective awareness and monitoring by the GSID in the Bono, Bono East and Ahafo Regions and that has led to infiltration of fake seeds in the market by unregistered seed dealers.

This is contributing significantly to low and poor yields, affecting farmer’s income and livelihood, a situation which is discouraging many farmers to be sustained in the PfFJs programme.

According to Rural Care Frontiers (RCF), a farmer group based in Techiman in the Bono East Region, the dealers had flooded the market with varieties of fake seeds, and majority of the famers could not differentiate between the genuine and fake seeds.

We are unable to pay back loans and this situation is discouraging many of us and the youth from engaging in farming”, Mr Charles Boateng, the Chairman of the RCF, a group comprising 1,810 farmers engaged in various crop productions such as maize, cashew, rice, cocoa, and vegetables.

But, thanks for the intervention of the Business Sector Advocacy Challenge (BUSAC) Fund which has provided funding for the RCF to implement advocacy action projects in the region.

Titled: “Seed Dealers, Identified, Registered and Recommended for the General Public”, the RCF the 12- month project being funded by BUSAC at the cost of GH¢96, 904.50.

It is aimed at removing bottlenecks and challenges confronting smallholder farmers in relation to accessing quality seeds, farm inputs, and agro-chemicals.

Mr. Boateng expressed worry that the seed dealers deceived “ignorant farmers” to buy seeds, which had problems during ovulation and thereby contributed to poor and bad yields.

He called on the Ministry of Food and Agriculture (MOFA) to intensify monitoring in the seed market to flush out the unregistered dealers.

The MOFA must also identify certified dealers for farmers to buy seeds from them in the local communities.

Mr. Isaac Adaebsah, the Consultant to the RCF noted the formal seed system in the country faced several challenges such as high prices, unavailability of seeds at the right crop seasons, lack of seeds storage facilities.

Research indicates that the seed supply chain and management at MOFA is bureaucratic because the sector is involved in registration of seed dealers, cleaning and grading of seeds, seed inspection and certification and packaging for sales.

All these activities take place at the regional capitals resulting in service delays to the seed dealers and consequent loss of productivity.

Mr. Adaebsah said the lack of storage facilities (cold rooms) was a serious problem because studies showed that seeds not sold at the right period lose their viability over time thereby, compelling seed growers to either sell their seeds cheaply as grains or transport their seeds at an additional cost to centres that have cold storage facilities.

Mr. Adaebsah called on the government to adequately resource MOFA to train and build the capacity of local seed producers to enable them to produce to meet the local demand rather than over-relying on imports.

Clearly, the distribution system from the certified seed production stage to the farmers is normally poor, whilst the total amount of seeds produced annually is said to be a third of what is purchased by farmers.

There appears to be very low publicity of the availability of improved seeds in rural areas since most agro-input shops have no outlets in rural areas and most on-farm varietal evaluations are normally limited in scope across different agro-ecologies.

This reporter believes that access to good seeds is very critical in the livelihood of farmers in order to increase food production and productivity.

There is an urgent need for stakeholders to get involved in promoting the use of certified/hybrid seeds to smallholder farmers largely those in rural areas address youth unemployment in the country.

In fact, the nation has the potentials to increase food productivity if only the GSID of the MOFA is adequately resourced and empowered to carry out its core mandate.

It is also necessary government to create a suitable condition to build the capacity of local seed producers to produce to meet the local demand, rather than relying on imports.