Lets Deal With Fake News And Impersonation On Social Media 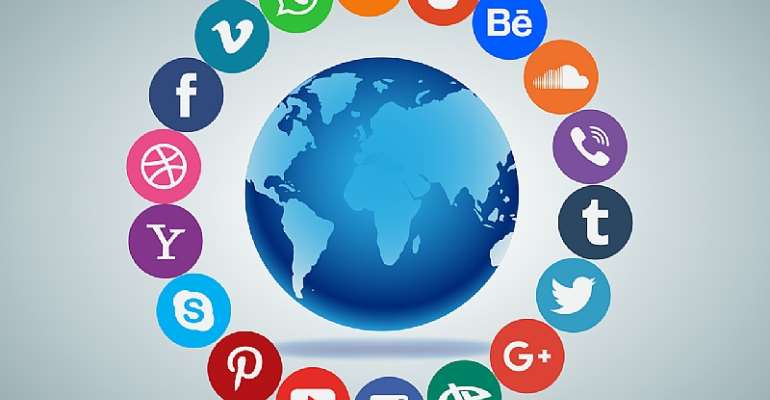 The Minister of Communications, Mrs Ursula Owusu-Ekuful, has announced that Ghana would soon criminalise the sharing of inappropriate content on social media platforms.

Addressing stakeholders on the second day of the National week celebration of the Cyber Security Awareness Month 2019 at the Kofi Annan International Peacekeeping Training Centre (KAIPTC) in Accra, Mrs Owusu-Ekuful cited sexual images as an example of inappropriate content, adding that all should comply with the domestic laws, when passed, to avoid being penalized.

The coming on stream of social media is undoubtedly beneficial to the nation and the world. Together with the main media, such as newspapers and Radio it has helped in interactions and rapid dissemination of information to all nook and corners of the nation. Although most of the information given are beneficial, there is an upsurge of negative acts online that include the spread of Fake news, impersonation and threats to personalities. Sadly the spread of negative information likely to affect the nation and its people is rampant daily on the media landscape these days. Just click on your phone or computers and flip through some newspapers and you'll find news items some of which turn out to be untrue. According to reliable sources some of the fake news emanating from hatred between rival political or business and social parties some of who influence some media to produce fake news. In Ghana as experienced abroad, some media houses were forced to retract and render apologies for those news items while others were made to pay hefty penalties in court for the fake news items which are often seditious and libelous.

Apart from Fake news, we have now begun experiencing serious impersonation clothed with fraudulent acts. The use of pictures and names of Members of Parliament, Ministers and political party gurus on facebook and messenger etc is ongoing these days attracting people seeking employment in sensitive organizations of State. They begin by seeking friendship with you in the names and pictures of the prominent people on facebook and messenger and to have one on one chats with you. It then begins by them asking to know whether you are a card bearing member of their party after asking for your qualifications. This is followed by him or her saying that as he or she is traveling out of town you should call a telephone number given you and pay to be registered for protocol employment. Those seeking to purchase auctioned cars are also being attracted to this trick.

Apart from this, there are some people who pose as workers of the National Lottery Authority who have also jumped into the fray through Facebook and messenger promising and "charging" people cash for "sure banker" Lotto numbers on weekly Lotto draws. With regard to the upsurge of Juju men and Mallams promising to help people to gain fortunes the least said about it the better. Girls and men using pictures of girls have also moved in to attract men. They begin by asking for friendship ending with demands for cash support for those girls.. on international level there are some people posing as Doctors mainly from Australia wishing to visit Ghana.. they begin by asking to know people that they wish to get close to. They end up by promising to send them gifts in a package INCLUDING cash through their agents. They often ask the recipients of the packages to pay for the items to be sent to you through DHL. IT HAS ALL TURNED OUT TO BE UNTRUE.

Since the upsurge of fake news and the use of names and particulars of prominent men on social media is fraudulent the security system must move in to find solution to it. The proofs of these fraudulent acts can be found from the users of social media and some media houses. I trust that with the intervention of security system the solution of the problems could be found to be able to sanitize social media. The number of the reading public is increasing with a large number of youths now in and out of schools who are getting hooked up to social media. The earlier the problems with the social media is tackled the better, for with that we can help to stay clear from the negative aspect of social media

Meanwhile, the head of POLICE cyber unit has advised people especially the youths to stop making public their personal information to avoid being hacked or duped by FRAUDSTERS.

By Alhaji Alhasan Abdulai, a journalist and Executive Director of Eanfoworld