‘Sex for grades’ makes it difficult to think right about God. 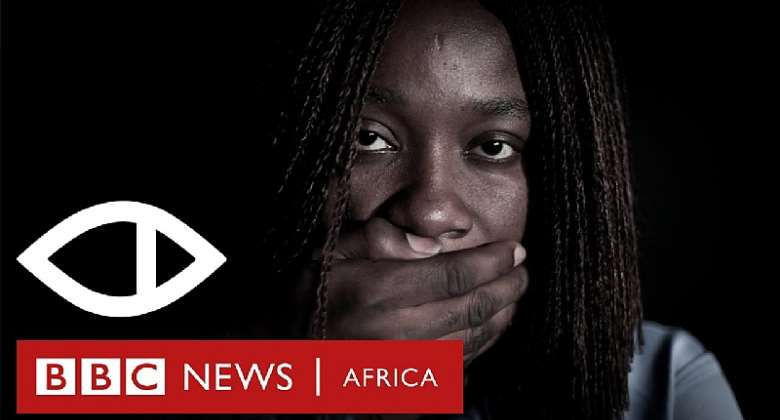 In a frustrating religious climate, ‘sex for grades’ makes it difficult to even think right about God. And it’s all because I and Dr. Boniface Egbeneghu have let Him down.

According to one of his students, Dr. Boniface is a very respected lecturer who comes to you as a father-figure. He was introduced by the BBC Africa eye reporter Kiki Mordi as a senior lecturer in the University of Lagos, a former Sub-dean and the head pastor of a local branch of the Four-square Gospel church. One student said, he always seemed really friendly. All his attributes were later proven to be a lie. His response to Kemi, the female journalist who pretended to be the daughter of a widowed mother, and his students showed us who he truly is. And it is this self that would bring one to the question of God.

Dr. Boniface Egbeneghu
At the beginning of the exposé, Dr. Boniface was seen asking his church members to ‘share the grace.’ One other testimony about him was that he writes scriptures for Bible studies. You would immediately see a man who talks about Jesus and is committed to his church but sexually harasses vulnerable girls. His position and title only gives him more power to do whatever he likes with girls. The professor of women’s studies, Oluyemisi Obilade, was right when she said, ‘sexual abuse is actually a naked abuse of power and a betrayal of public trust. It cannot be consensual because the power relation is not balanced: somebody has all the power and the other person has little or no power.’

Dr. Boniface also knows how powerful he is. He told his former student in the exposé that he can do whatever he likes with her and when he’s done send her to the next lecturer to do the same. That’s how far a position which has little or no means of checking your character can bring you. Jesus is more concerned about our character than our social position. When Ravi Zacharias, a Christian Apologist, sat with one Christian rapper, of all the things he could pray for was to ask God to help him with a character that backs his calling. When your character doesn’t back your calling, you let Jesus down. And I’ll add that you let others down.

According to the BBC, Dr. Boniface did not respond to their evidence against him. He probably has seen the effect of his unchecked character. God did not let us down, it is us who keep letting Him down.