How Social Media Has Changed The Face Of Politics In Ghana 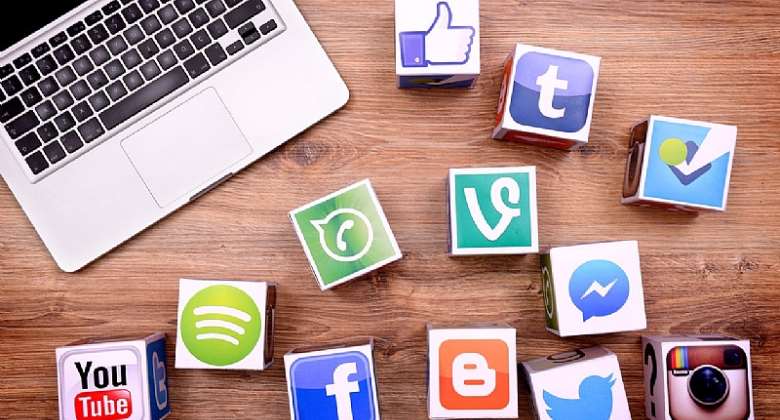 The use of social media in politics including Twitter, Facebook, WhatsApp, LinkedIn, Instagram, and YouTube has dramatically changed the way campaigns are run and how majority of Ghanaians interact with their aspiring candidate or elected officials.

The prevalence of social media in politics has made elected officials and candidates more accessible but not accountable to voters. And the ability to publish content and broadcast it to millions of people instantaneously allows campaigns to carefully manage their candidates’ images based on rich sets of analytics in real-time and at almost no cost

Using social media allows politicians to circumvent the traditional method of reaching voters through paid advertising or earned media which one way or the other affect most of the print media. That is advertising without Paying for advertising.

In Ghana these days, It has become fairly common for political campaigns to produce commercials and publish them for free on YouTube instead of, or in addition to, paying for time on television or the radio.

More often than not, journalists covering campaigns will write about those YouTube ads, essentially broadcasting their message to a wider audience at no cost to the politicians.

Twitter and Facebook have become instrumental in organizing campaigns. They allow like-minded voters and activists to easily share news and information such as campaign events with each other going viral.

I personally like it because I can also get to share my view over there, and my view is very important to me and it will also go a long way to help a lot of people that are looking at me. (My followers)

In tailoring the Message to the Audience,
Political campaigns can tap into a wealth of information or analytics about the people who are following them on social media and customize their messages based on selected demographics. (scientific way of campaigning these days using the social media.) A campaign may find one message appropriate for voters under 30 years old will not be as effective with those aged 60 and above.

Some politicians used so-called "money bombs" to raise large amounts of cash in a short time to finance thier campaign which is common in Ghana through the use of social media and this apply to all political party's in Ghana.

Money bombs are typically 24-hour periods in which candidates press their supporters to donate money or sometimes design a package to sell to its supporters through the use of social media. They normally use Twitter, Facebook, and LinkedIn to get the word out and often tie these money bombs to specific controversies that emerge during campaigns.

The use of this social media politics will let you learn something new everyday.

Discover surprising insights and little-known facts about politics, literature, science, and the marvels of the natural world.

Direct access to voters also has its downside. Handlers and public-relations professionals often manage a candidate’s image, and for good reason: Allowing a politician to send out unfiltered tweets or Facebook posts has landed many a candidate in hot water or embarrassing situations.

In Ghana, a good example is former President John Dramani Mahama who lost the seat to then presidential candidate Nana Addo Dankwa Akufo Addo after showing explicit messages and photos of Yentie Obia and Dead goat syndrome on his Twitter and Facebook accounts

Asking for feedback from voters or constituents on social can be a good thing. And it can also be a very bad thing, depending on how politicians respond. But for JDM it actually turns to be negative.

Many campaigns hire staffers to monitor their social media channels for a negative response and scrub anything unflattering or manage the feedback as I normally do on my personal social media account But such a bunker-like mentality can make a campaign appear defensive and closed off from the public especially if the politician feels he or she is getting too much of the negative response.

In this political dispensation, campaigns will engage the public regardless of whether their feedback is negative or positive.

Social media also weigh Public Oppions. The value of social media is in its immediacy. Politicians and campaigns do absolutely nothing without first knowing how their policy statements or moves will play among the electorate.

These days the use of social media allow politicians to instantaneously gauge how the public is responding to an issue or controversy.

Politicians can then adjust their campaigns accordingly, in real time, without the use of high-priced consultants for example to conduct an oppion pull or survey for them.

One reason social media is also effective is that it engages younger voters.

Social media tools have allowed Ghanaians these days to easily join together to petition the government and their elected officials, leveraging their numbers against the influence of powerful lobbyists and monied special interests.

These days in Ghana over 40% of the country's population uses social media politically, socially or morally. Never underate the power of social media it can Make and unmake you. Let's us all use the social media but in a "Wise Manner"