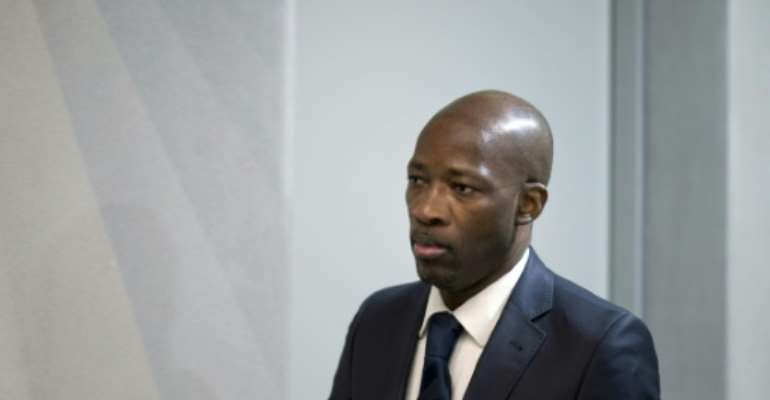 Charles Ble Goude has been living in The Hague since his acquittal by the ICC. By Peter Dejong (POOL/AFP)

Charles Ble Goude, acquitted this year of alleged crimes against humanity, was on Sunday chosen to head up the Cojep movement in Ivory Coast which he promises to turn into a political party.

Ble Goude was "elected unanimously" by the 1,250 delegates to the group's congress in Abidjan and will serve as its president for four years, according to a statement released after the decision.

"My priority is peace and reconciliation for the sons and daughters of Ivory Coast," he told AFP by telephone from The Hague where he has been living since being acquitted by the International Criminal Court (ICC) there earlier this year.

He had been charged with crimes against humanity committed during his country's violent political crisis 2010-11.

He was once dubbed the "general of the streets" for his ability to mobilise supporters of Ivory Coast's former president Laurent Gbagbo during the conflict.

In February, Ble Goude and Gbagbo were found not guilty by the ICC on four counts of murder, rape, and other "inhumane acts."

Prosecutors had alleged the crimes were part of a wave of violence sparked when Gbagbo refused to concede an election that vote counters and observers said was won by his rival Alassane Ouattara.

Some 3,000 people died in five months of violence before Ouattara prevailed in April 2011. Gbagbo was arrested in Abidjan with the backing of French forces.

On Saturday Ble Goude, in a video conference, spoke of his wish to"construct a major party" in Ivory Coast out of the Cojep .

He had created the Congress of Young Patriots (Cojep) in 2001 . The group violently backed Gbagbo's victory claim and clashed with Ouattara supporters

In 2015 it was renamed "the Panafrican Congress for Justice and Equality" but kept its old initials, vowing to fight for peace while steering clear of extremists.

Ble Goude has said he will not seek election in a 2020 presidential vote.