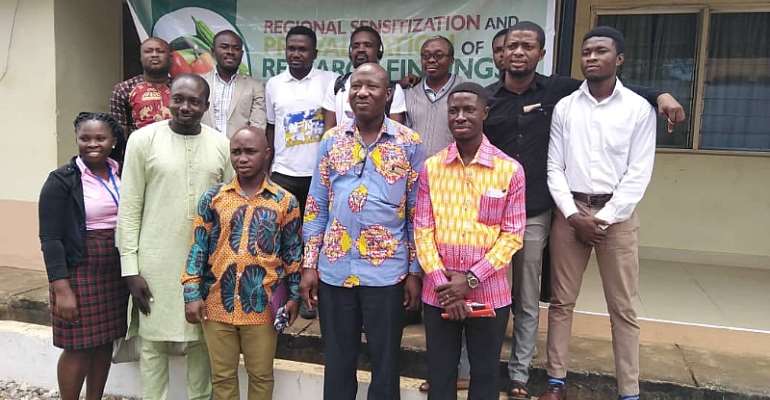 The Director of Agency for Health and Food Security (AHEFS), Kwaku Asante has expressed worries over the country’s negligence in putting more efforts in promoting Vegetable production in Ghana.

He stressed that the country has done less in improving on the production of vegetables such as tomatoes, onions, carrots, cabbages which says has major food nutrients citizens are lacking.

Kwaku Asante said this at the presentation of a research work conducted AHEFS themed: "Strengthening Agricultural Value Chain Economics For Sustainable Development (SAVES); A Focus On Vegetables in Accra.

Mr. Asante added that the country is spending huge sums of money in the importation of vegetables for consumption whiles the country can refocus its energy in supporting the vegetable production sector.

Adding that, if the country wants to improve on the production of vegetables there must be a policy direction that will be spelled out clearly what should be done to expanding the sector.

According to him, Ghana’s vegetable sector grows at 10% per annum and contributes about $250 million to the economy. However, the lack of a clear policy on vegetables is not giving us the needed benefits.

The research worked with 120 respondents across the country and from the focus discussions held, it was discovered that farmers had difficulty accessing farmlands to engage in vegetable farming.

It was also discovered that less than 10% of the farmers were trained to carry out farming activities and they relied on pure knowledge for farming.

Mr. Asante said with a clear and specific policy on vegetables, jobs would be created; women in the sector would be empowered.

He said Ghana’s vegetable consumption was poor due perceptions on how vegetables are produced.

He called on the government to learn from successful vegetables farming countries and draw from their success stories.

Other recommendations are as follows:
Project implementing partners should be properly trained and their responsibilities clearly defined to prevent role conflict and ensure proper coordination of various activities.

In future, stakeholder consultations prior to agricultural value chain policy designs should include an interdisciplinary mix of experts from universities and other research institutions as well as civil society organisations (CSOs) and private sector actors engaged in agriculture.

There should be specific projects and investments strategies to deal with vegetable value chain challenges.

The research work was funded by BUSAC fund and supported by DANIDA, European Union and USAID.