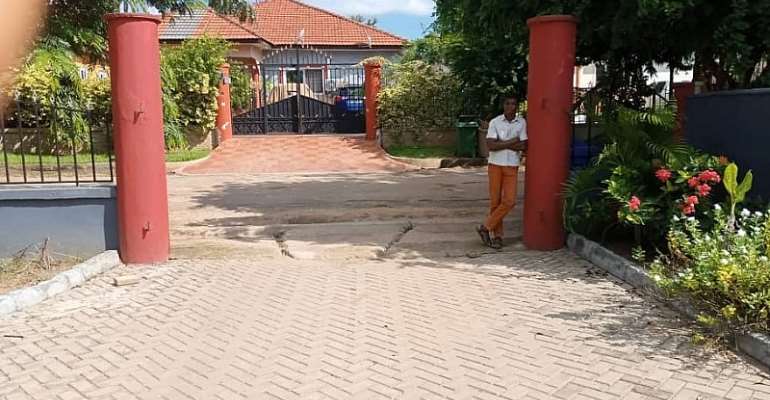 Exactly three weeks ago, on the 28th of June 2019, at around 7.00 pm, the developer followed a resident (name withheld) and forcefully drove through his gate hit the back of a parked Mercedes, went back, hit it again and for a third time yanked the car. The resident luckily had gotten out of the car and was going back to lock the gate when this happened other than that it would have been disastrous or if the resident had been closer to the gate, he could have been killed by the developer's with the way he drove in. As if that was not enough, the developer got down from his Tundra and slapped the resident who happens to be a man of God, left and right and in the process brutally assaulting him while his 8 landguards were on looking.

After the assault, the hungry for action developer ordered the resident's gate to be removed, packed the removed gates at the back of his car and drove to his yard which is also in the Estate. As if that was not enough, he went to the house of another resident, this time a female pharmacist (name withheld) yanked at her parked car three times, threatened to beat her up and hailed insults at her in the company of his landgards. For the avoidance of doubt, this developer is notorious for insults and has monopoly over it. You may prove this statement wrong anyway if you haven't encountered him.

What was their crime? The first victim has decided not to pay the developer's maintenance fee which according to the victim is not used for the purpose for which it is being collected. According to the victim, no one cleans his street or around his compound or fix his road or the street light and therefore there is no point to pay this levy. As a result, the developer has asked his men at the gate not to open the gate for him and so the victim opens the main gate himself anytime. The same applies to the lady victim. Fortunately or unfortunately, on the day in question, the developer followed the first and second victims when the first victim opened the gate. His crime was that, after opening the gate, people entered the gate and therefore the vicious assault on the two.

I am personally afraid not because of only this incident but the records of this particular developer who always takes the law into his own hands with the able assistance of his landguards who have become his paramilitary squard to terrorise residents. There are stories where this developer has pulled guns in the house of residents more than twice. In not more than 2 months ago, one of the developer's drivers picked quarrel with some motor riders in front of the Estate and in the process got into one of the double-axle tipper trucks and drove on 8 motorbikes and when the police was after him, he run away. The developer and his associates are fond of using "takashie" in every disagreement to the extend that there are stories of sh*t bombings. He drops heaps of sand at your gate to prevent you from moving out of your house, lock up your gate, breaking fences and many other weird attacks he hands over to his victims who are residents living in their own property at the least disagreement instead of resorting to the law. My personal experience is not part of this piece; I can go on and on.

The current case is pending at the Amassaman Police Station. The Commander is hereby commended for ordering the developer to fix the victim's gate before granting the developer bail. I am by this calling on the #GhanaPoliceService to as a matter of urgency site a police presence at Satellite and keep an eye on Koans Estate at Kuntunse to prevent any future disaster when residents may decide to retaliate the developers nefarious actions in equal measure. It could become bloody!

When the matter broke up, a journalist from one of the renowned FM stations in Ghana contacted the developer and he has unprinted words for this journalist. As per the audio attached.

From a worried and legal resident.
BY Gilbert Sebe-Yeboah
[email protected] 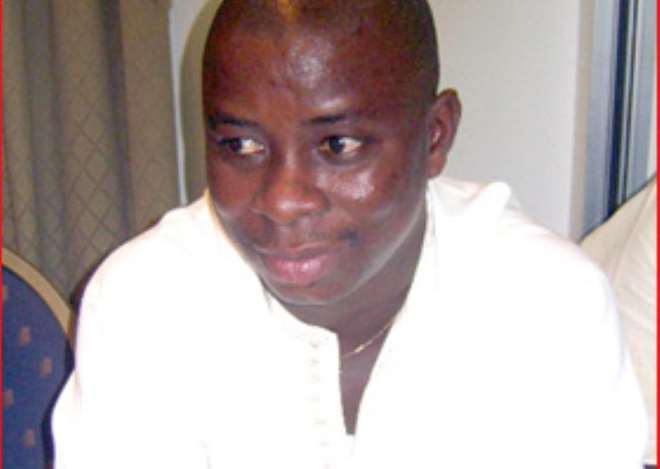 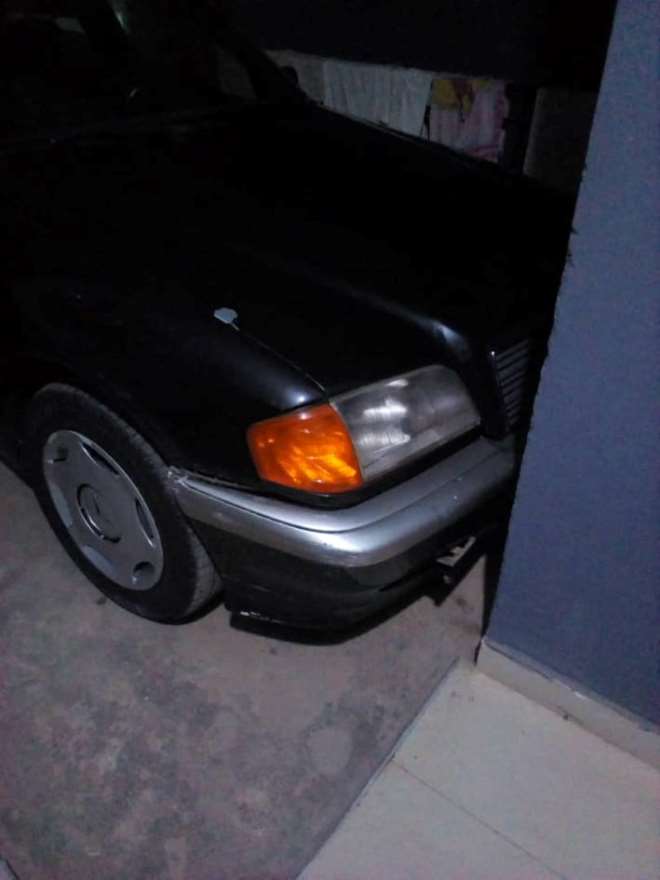 More Article
Modern Ghana Links
Sulemana Braimah writes: Critical journalism is a constitutional duty, not a crime
The Beautiful Story of Obama
The Church
Lessons from Stacy Abrams for the Nigerian Elite and Politics in Nigeria
Who The Cap Fits
A Speech Every Teacher Should Deliver To Their Students Before Lessons Begin
Niger’s democratic transition is good news, but the threat of insurgency remains high
Trump is out, but US evangelicalism remains alive and well in Africa
Our Suicidal War Against Nature
Election Reports Quotes Dossiers
TOP STORIES

If you repeatedly offend your gods, they'll kill you - Chief...
49 minutes ago