Akufo-Addo Presidency Has The Right Attitude Towards Governance 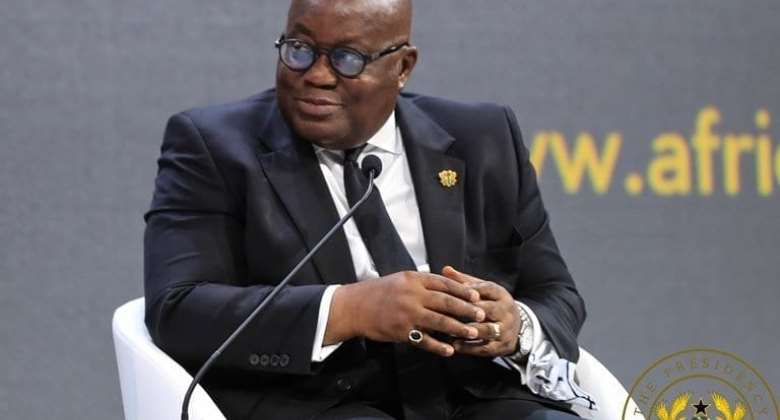 We as a people must not be lost on the often quoted adage which states, “We must give credit where credit is due”.

It is important that in doing so, we must appreciate comprehensively, where we are coming from, where we are and where we are going. It is not enough to criticize or lash out at the government just in the name of democracy or expressing opposing views.

Being a leader who seeks great success especially in our part of the world takes not just a vision, but a tremendous deal of courage, discipline and determination. I dare say with utmost certainty that our current President, Nana Akufo Addo, offers such impressive tenets in the manner in which he is steering the affairs of the state. This is not to suggest that he has achieved a 100% mark; achieving an 80% mark is equally remarkable and is deserving of a pat on the back, especially having in mind where we are coming from as a nation.

I will not want to bore readers with a litany of government successes over the past few years. This is because, those who feel it, know it better! I will just give a justified overview of why I believe this government has achieved so much within a limited time in the face of scarce resources but with the right ATTITUDE.

I always argue that, a responsible man is not just about a man with enough money, but a responsible man is a man who is able to do the needful for his children even in the face of financial limitations. Simply put, you can have enough money and still be an irresponsible parent and also you can be poor but a responsible parent. Likewise, in governance, a responsible government is not about having billions of funds available for usage by government, but rather being able to alleviate the suffering of the people amidst scarcity or abundance of resources. I must also add that, it is one thing to conceptualize an idea and another thing to have the courage and discipline to implement that very idea. Financial resources are the least of things one needs to actualize a vision in my considered view.

If readers will recall, many were those who like the Pharisees who persecuted the Apostles for calling the resurrected Christ the Son of God, persecuted President Akufo-Addo for many of his ambitious programs during the periods he mounted a spirited campaign to be elected president of Ghana. A lot of doubt was cast on those visions primarily because of lack of financial resources. The chorus sounded like “Where is he going to get the money to implement programs such as free SHS?” and “How is he going to do all these things he is talking about?”

But you see, candidate Akufo-Addo, as a responsible father, looked beyond the scarcity of resources and gloomy economy. He knew that as President and with the right attitude he will be able to implement some of these bold policies that his opponents picked on. What he needed was the COURAGE, DISCIPLINE and DETERMINATION to be able to implement these bold policies. There are those who even believed that, because of scarcity of resources, the government should not have rushed to implement some of these policies. That argument in itself is defeatist as there is no point in time that money is readily available in abundance; resources shall always compete for projects. There couldn’t have been any better time to implement such bold policies such as Free SHS, and Planting for Foods and Jobs, than the first year of the Akufo-Addo presidency. The successes are just too many to highlight on. However, like I keep indicating, my focus is on the attitude of the President towards his mandate – for me, it is those tenets that make or unmake a leader.

Ghanaians must appreciate President Akufo-Addo and his vision to transform Ghana. This is the reason why we gave him an overwhelming mandate at the polls. We must move along with him as he carries us to the next phase – a phase our forebears envisaged and struggled for.

To have a President who seeks to educate every young Ghanaian, formalize the economy through digitization and technology, and espousing ‘Ghana Beyond Aid’ ideals is by no means a coincidence. It is a well thought out and carefully planned agenda to position this nation and its people to be globally competitive. Adding value to a nation and its people is preparing them for today and tomorrow. Therefore, we as a people cannot be slow to catch up the bus when the driver is able and capable of moving onto the fast lane heading toward prosperity.

I believe that these are questions that all of us should ponder on. I have no doubt in mind that the President is on course to realize the Ghanaian dream. He needs the support and encouragement of Ghanaians in entirety to do even better.

Justifiably so, President Akufo-Addo has vindicated the NPP and Ghanaians in general that he is a pragmatic and visionary leader with the right attitude towards work. As the Akans will say, ‘Agro be so a, efri anapa”, to wit, if the play will be exciting, we shall see the indicatations early in the morning, right from the beginning. Our morning is already exciting!