Use and abuse of opioid painkillers on the rise in France 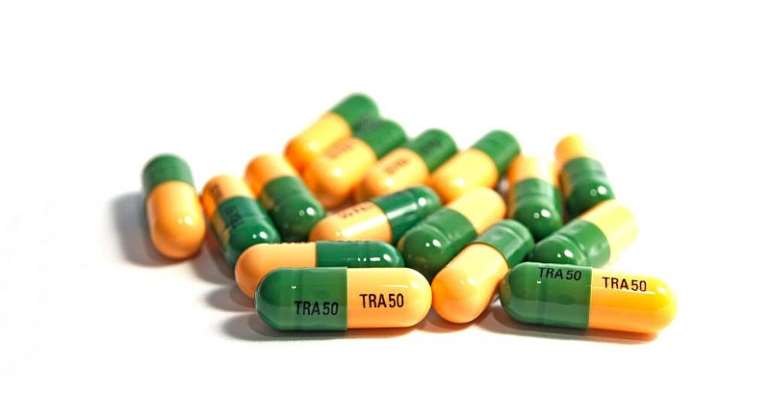 France has seen an increase in the use of prescription pain killers over the last 15 years, and health officials are concerned about the corresponding rise in addiction and overdoses. But there are safeguards in place in the French healthcare system that have prevented a full-blown opioid crisis like in the United States.

At least four people die each week in France of overdoses from opioid painkillers, according to the French health product safety agency. The number is nowhere near the 130 deaths a day attributed to overdoses in the US, but it is enough to concern health authorities.

So-called “strong” opioid analgesics, like oxycodone, are rarely prescribed in France, outside of cancer pain management. Prescriptions are limited to 28 days, and are delivered under strict security. And yet, between 2006 and 2017, the use of the drug increased 738 per cent in France.

One of the most used – and abused – opioid painkillers in France is tramadol. In 2015, about ten million French people, or 17 percent of the population, received a prescription for tramadol or other so-called “weak” opioids, like codeine.

An accidental addict
Jasmine Bouarti, 25, was one of them. She was prescribed tramadol in the spring of 2016 to treat pain related to a herniated spinal disc. Then she was told to continue the drug for endometriosis, a swelling of the uterus that is extremely painful during menstruation.

Today, she cannot go more than a few hours without a dose of tramadol.

“My body needs it, to be normal. If I don't get my dose I'll have the same withdrawal symptoms of a heroin addict,” she explains. “I'll be nauseous, tingling legs. I'll get chills. I'll shake. Throw up. I'll be extremely depressed, aggressive. I'm not at all an aggressive person… But when I don't have tramadol I could kill everyone. I scare myself.”

Bouarti takes 100 milligrammes of tramadol in the morning, and 100 at night. When she was first prescribed it, no one told her how addictive it could be. For her, it was just a pain killer.

“When I was in pain at the time, I would take more,” she says. “I figured it would be more effective. But actually taking more intensifies the addiction, and makes it happen faster.”

Bouarti's situation does not surprise Delphine Lhuillery, a pain management doctor in Paris, who says French doctors have not been trained in the best uses of opioids.

She specialises in treating endometriosis, which causes neurological pain that she says does not respond to opioids. And yet patients, like Bouarti, are prescribed tramadol.

Lhuillery says new doctors are being trained in pain management, as a succession of public health action plans have been put in place since 1998. Part of better pain management includes more recourse to opioid medications, which Lhuillery says is not necessarily a bad thing.

“For some types of pain, it's sometimes legitimate to take morphine, without undesirable effects,” she explains. “Remember that every time you get an operation, you get morphine, and it works.”

It's all about proper use, and getting the right information to patients and doctors. And though the abuse of these drugs has increased with their use, Lhuillery says that France has safeguards in place to keep the misuse in check, in a way that the US has does not.

For example, the advertising of prescription medicines to the general public is prohibited, which means patients are not requesting the drugs as readily.

A recent report from the ANSM, the French health product safety agency, agrees: “The modalities of care and supervision by prescribers, as well as the controlled nature of access to these medicines, have made it possible to avoid a crisis of the same magnitude as has occurred in the United States.”

Self-treatment
Jasmine Bouarti came to realise, on her own, that she had a problem with tramadol: “I told myself: I'm 25-years-old. I can't be dependent on a medication like this my whole life. I need to separate myself.”

Through her primary care doctor she got in touch with a pain management clinic in Lyon, and for the past two months they have been helping her reduce her dosages, and encouraging alternative pain relief techniques like physical therapy and breathing exercises.

“I am also looking at natural treatments: grapefruit seed extract; aloe vera. That works pretty well. Heat sources, too,” she explains. “I think I can handle it today with alternatives that are less harsh on my body.”

As Bouarti prepares to enter a week-long hospital stay to completely cut off her tramadol use, she is apprehensive, but looking forward to being free of the drug: “Afterwards I think I'll be given a less strong painkiller for acute incidents. But I'd rather have a little bit of pain once in a while, than be dependent for life on a drug like this.”

Find a version of this story on the Spotlight on France podcast.