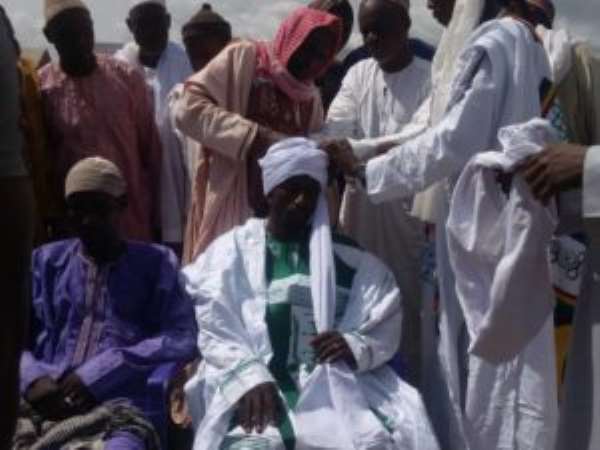 The President of Fulani Youth Association of Ghana, Mr. Ahmed Hamid Bary has cautioned all the nomadic herdsmen in the country to live in peace and harmony with one another in their various communities.

This, according to him will strengthen the relationship between Farmers and residents in parts of the Eastern and Ashanti and Fulani herdsmen which eventually improve development.

He gave this advice at Damango in the Nkwanta North District of the Oti region during the enskinment of their new chief Alhaji Halidu Mohmudu Jallo.

The coronation was attended by Fulani's across the country.

Farmers and residents in parts of the Eastern and Ashanti regions say they are currently living in fear due to the activities of the Fulani cattle herders.

The nomads have raped, killed and maimed residents who have confronted them over the destruction of farms due to grazing by their herd.

Mr. Ahmed Hamid wants government to bring a closure to the recurrent clashes between nomadic herdsmen and residents in parts of the Eastern and Ashanti regions.

Mr Ahmed Hamid Bary urged them to send their children to school especially, the girl child and stop giving them to men for marriage at their early stage.

"Those of you who are fond of taking hard drugs must try avoiding it, when you realize that your caws are in large quantity to the extent that controlling them becomes difficult for you, just sell some and invest that money into another business rather than allowing the animals to destroy people's farms and food crops". He stressed.

According to him, they should form committees among themselves to solve problems between them and farmers in other to peace most especially as we are in a farming season.