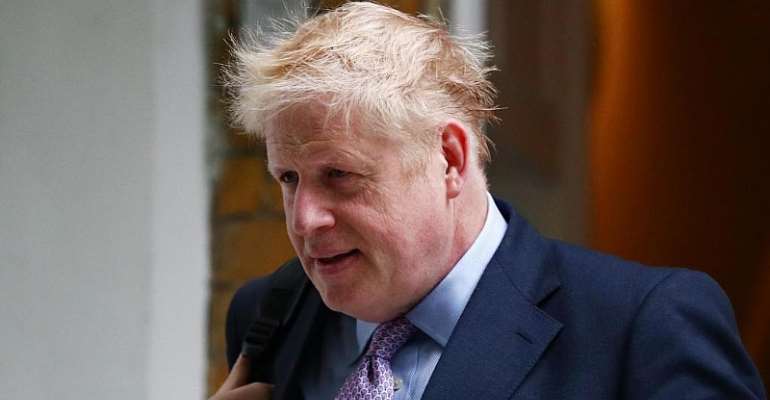 A final long list of Conservative candidates for Britain's next prime minister has been released, including cabinet members and MP back benchers, as candidates campaign before the first round of votes on 13 June.

While there are a number of issues on the table that the next prime minister will need to handle, the candidates' view on Brexit is the focal point of this next election.

The options put forward by candidates vary from leaving the European Union with a deal to a 'hard Brexit' leaving the EU with no deal. There are some candidates who believe that if a deal is not agreed upon, then Britain should stay in the EU.

'Catastrophic' if no deal
Touted by some Conservative members for his “charisma”, former foreign secretary and prime minister front runner Boris Johnson wants the Irish backstop cut out of Brexit and that Britain will firmly leave, deal or no deal. Johnson has promised to withhold the 44-billion-euro divorce payment to the EU until there is clarity about the future outside the EU.

A no deal Brexit would be “catastrophic”, says Rory Stewart, the UK international development secretary. He believes there is a compromise to be made between those who want to leave the EU and those who want to stay.

The EU has given an extension to leave by 31 October it is not evident that if both sides were to come up with a new plan, it would be in place and agreed upon within the four-and-a-half months.

MP Andrea Leadsom would like to engineer a “managed” Brexit by 31 October that would prevent major disruption within Britain.

"The next prime minister must have a clear plan to a managed exit by the end of October," Leadsom said as she launched her campaign on Tuesday.

Irish backstop a sticking point
Home Secretary Sajid Javid wants to inject more information technology into the Brexit plan by creating “a new digitized” Irish border that would be funded by Britain and implemented within the next two years.

The border between the Republic of Ireland, in the EU, and Northern Ireland, part of the UK, is a sticking point with the Brexit agreement. The backstop, which is in the Brexit deal negotiated by the UK and EU, would prevent a hard Irish border, which would keep the UK in the same customs union as the EU, and prevent products being checked at the border.

A trade agreement would be worked out at a later date, but the UK would not be able to negotiate its own trade deals while this is in place, which more hardcore Brexiteer candidates find problematic.

MP Esther McVey says Britain could be faced with no deal. She says that the UK could change their fixed position: “remove the backstop, and negotiate a free-trade deal.”

One candidate with a direct look into EU negotiations is Dominic Raab, the former Brexit secretary, who says he would re-open talks on the withdrawal agreement. He believes that a new free trade agreement should not involve a customs union or another arrangement “requiring close regulatory alignment.”

But prime minister position rival and former chief whip Mark Harper says that a renegotiated Brexit deal could not happen within the 31 October deadline. However, he says he prefers yet another EU extension, but is willing to exit with no deal than not exit at all.

Environment Secretary Michael Gove also believes another short delay could be considered in order to finalise the withdrawal, and like rival Raab, wants a new free trade agreement. He prefers Brexit to no withdrawal as well.

Foreign Secretary Jeremy Hunt believes a better deal could be negotiated as well as changes to the Irish backstop, but the EU has firmly stated that no other deal in either case would be entertained. He also prefers Brexit wth no deal than no withdrawal.

As the candidates campaign, the list will be whittled down after votes within the Conservatives in Parliament, to an eventual two people, who will be presented to Conservative party members for a vote in Britain to determine the next leader.

The final vote is slated for 22 July.