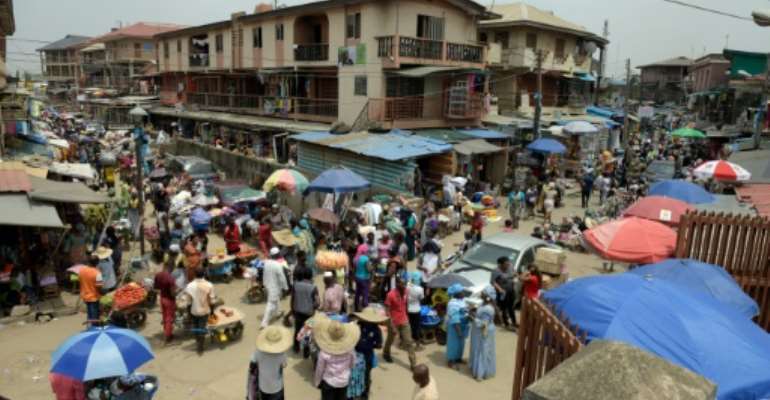 Religion is a divinely-established institution that creates a connection between people and their creator. It is a sacred institution in our world that has a very important role in shaping the lives of people. There are several forms of religion that can be identified with every society or country. The churches have a huge role to play in molding the lives and character of people in society. The Church provides a means to communicate and to present their supplications to the creator.

The Christian faith has witnessed massive reformation from its earliest development to the present era. Many other smaller groups emerged from the Roman Catholic Church which is known to many as the mother of all Churches (though this is controversial). Presently, with democracy giving rights to people, every individual has the right to worship, to found and run a Church with its own doctrine or sets of doctrines. But these individuals do not have the requisite set of skills and knowledge to explicitly explain the doctrines it believes as true from God. The individual Churches have different doctrines that are used to teach the word of God to their Congregants.

It is very embarrassing and shameful to hear that the state is seeking the opportunity to make a law to regulate Churches within its boundaries. The Church used to be an institution that helps shape the lives of people and gives them bounded code of behaviour to operate. Many societal norms and laws were derived from the codes or laws of the Church. The church should be a place for mankind to learn many life-changing behaviours in order to live well with others in society and to please the maker. In the theocratic regime, the church and its leaders, Kings as well as Queens made orders, rules of behaviour and laws to check nuisance. Once the opposite is rather happening, the state’s attempt to regulate Churches that are owned by individuals is not out of order. This is because the church has woefully failed to properly conduct its affairs in a manner acceptable to society and God. Regulating one-man churches is laudable. But what form and nature is this regulation? There is the use of doctrines that are alien to those in the Bible. Doctrinal regulation cannot be the responsibility of the state. In the same vein, the exercise of the faith of a particular church cannot be regulated either. It is already suggested that there will be a slip in the law in an attempt to regulate these churches. There will be a great gaffe if the state poke its nose in the doctrines of the Churches. The aspects of faith and doctrines of the privately-owned churches cannot be touched with any law.

Truly, the behaviours of the new-covenant church pastors are nerve-wracking. The pastors in their genuine practice are demonic in character and any law that could be used to check their behaviours is appropriately welcomed. Then, it is very clear that the state only has a responsibility to form the behaviours of the pastors. In such a situation, the state needs to make laws that will standardize the deeds of these pastors morally. The conducts of the pastors must be checked and the state has the power and capacity to do so.

There are numerous groupings within the Church and a lax application of the code governing these groups pushed us here. The discussions about regulating churches in the public space and media were needless and unnecessary if the councils and regulators of these groups were on top of their job. The doctrinal and faith issues are a matter to be handled by these units or bodies heading the various Churches. Many of these individual churches have no affiliation with recognised body of churches and so they act uncontrollably in their dealings with the public. The Ghana Pentecostal and Charismatic Council should have its own codes to regulate the behaviour of its members. The statute the state seeks to make to check truant and quack pastors should target the Councils that regulate the body of churches in the country. The Councils should have a meeting with the committee in parliament that has oversight responsibility over Chieftaincy, Culture and Religious Affairs to develop a code that must be used to regulate their members. All churches should be made to go through proper registration and these churches must be affiliated to a Council of their choice. The sanctity of the church cannot be maintained by the laws of the state but by the regulators of the body of churches. The Councils in charge of managing the affairs of Churches have an inordinate duty to maintain the holiness and integrity of the church. There must be sanctions made by the parliament of the state for the councils if their members rebelliously conduct themselves. The councils must have the power and authority to regulate and punish their members who violate the laws governing them. Churches that do not have associations should be considered illegal.

The state must make it a requirement for all churches whether one-man or not to be governed by the body or council. The councils need to check the practice of faith of their members, the doctrines to be used and the sanctity of the house of God. The quest to regulate churches is right but without a properly laid-down procedure, there will be an error as the matter is very delicate. If there are laws in the country that regulate the conduct of pastors, then they need to be enforced by the authorities in charge. The doctrines, qualification of pastors, tenets and the spirituality of the churches should be a matter to be determined by their respective councils. The issues regarding rights of the public, noise, cheating, registration of churches, money making rituals and other satanic practices should be the concern of the state. The churches have reached the climax that needs regulation to save the public from moral dirt. The role of the church in nation building is vast but it has lost the character to properly shape the behaviour of the people and so it must be regulated.