Is the Bible the Word of God?
By Deprof Matix 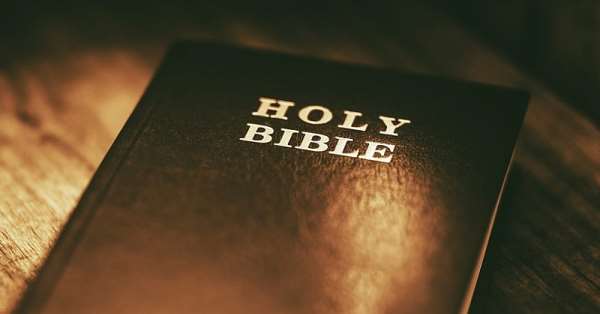 We grew up to hear people call the Bible the word of God, and we joined them. We didn't bother to find out if the Bible is really what they say it is. And this is exactly the problem with the world. Most of us do things because we see people do them. I call such people "follow follow". And not until we refrain from such act, we ''ll continue to be exploited by religious leaders and politicians.

Now let me ask you this one question; have you ever read where the Bible refers to itself as the Word of God?

Mind you, Paul only referred to the Bible as "the scripture" (2 Timothy 3:16). And as a thinker, you ought to know that there's a difference between the Word of God and the scripture. Before we look into this, I 'll like us to know what the Bible really says about itself... Now, let's let the Bible speak for itself. Here's a quick look at the Bible:

The Bible is a collection of 66 books divenely written by some 40 holy men within the period of 1,600 years. These holy men wrote as they were inspired by God. Now, what did they write?

* the words of God

* the words of men and

* the words of the devil

...for the purpose of teaching, correcting and instructing in righteousness (2Timothy 3:16)

For example, it was Lucifer the devil that made this statement "command these stones to be made bread" (Matthew 4:3). Was it not recorded in the Bible? Now, can you call that one the Word of God?

Take a look at another popular statement in the Bible... "God gives and God takes"(Job 1:21). Can you call that erroneous statement made by Job the Word of God? God cannot contradict himself "For the gifts and calling of God are without repentance" (Romans 11:29). When Job made that statement, he was not yet enlightened about where his calamity came from. So, he spoke in error and later realised his mistake:

"... Surely, I spoke of things I did not understand, things too wonderful for me to know.... Therefore I despise myself and repent in dust and ashes" (Job 42:3, 6)

Further more. God spoke his words through the mouth of the prophet Jeremiah and it was recorded by Baruch.... for I know the thought that I think towards you; they are thoughts of peace and not of evil, to give you a future and a hope." Jeremiah 29:11

Now Take Note: There's a difference between the Word of God and the words of God.

John 1:1 refers to the Word of God (singular). And Deuteronomy 18:18 talks about the words of God (plural). They are two different meanings

The Word of God in John 1:1 is singular and actually refers to Jesus the Christ (John 1:14), while the words of God as used in Deuteronomy 18:18 is plural and refers to prophecies/oracles, which are words that proceed from the mouth of God's inspired prophets, (Jeremiah 1:9, Isaiah 51:16). Some of the prophecies/oracles of these prophets were actually documented and some of those that were documented in those days are what have been compiled to make up the BIBLE we know today. Thus, we have the Oracle of Malachi (Malachi 1:1), Prophecy Of Ahijah, the Visions of Iddo, the Sayings of the Seers... etc ( 2 Chronicles 9:29, 2 Chronicles 33:19). These are what the apostle Paul actually referred to as the scripture. 2 Timothy 3:16.

* The Word of God is Jesus who proceeds from God

* The words of God are prophecies/oracles from the mouth of God's prophets (Compare and contrast John 1:1, Deuteronomy 18:18)

These prophecies (words of God), together with the words of men (as we can see in 1 Corinthians 7:12 when Paul gave us his own opinion on marriage), as well as the words of the devil (as we can see when the devil had conversation with God in Job 1:6-12), all these words from these three different sources make up the book called the scripture which we call Bible today; and they were documented by men under divine inspiration, so that their reader 'll be corrected and instructed in righteousness (2Timothy 3:16)

Now, my point is this: God created the entire world through His Word and this Word of His should not be mistaken for something else or taken merely for a book. Before the Bible was ever written, the Word of God existed. So, the Bible cannot be the Word of God! It can best be described as a book that contains God's words. The Bible calls itself the scripture. (John 1:1-4; Colossians 1:15-16; Hebrews 1:1-2)

The Bible is the modern day name for the scripture... 2Timothy 3:16

This is a true saying and worthy of all acceptance... 1 Timothy 1:9w

Not every one that saith unto me, Lord, Lord, shall enter into the kingdom of heaven; but he that doeth the will of my Father which is in heaven.

And then will I profess unto them, I never knew you: depart from me, ye that work iniquity. Matthew 7:21-23

Search the scripture and you 'll see that Jesus is the Word of God...

God, who at various times and in various ways spoke in time past to the fathers by the prophets, has in these last days spoken to us by His Son, whom He has appointed heir of all things, through whom also He made the worlds