Re: Request To Make Every Day Of The Remainder Of Your Stay In Aso Rock A Rule Of Law Day’ 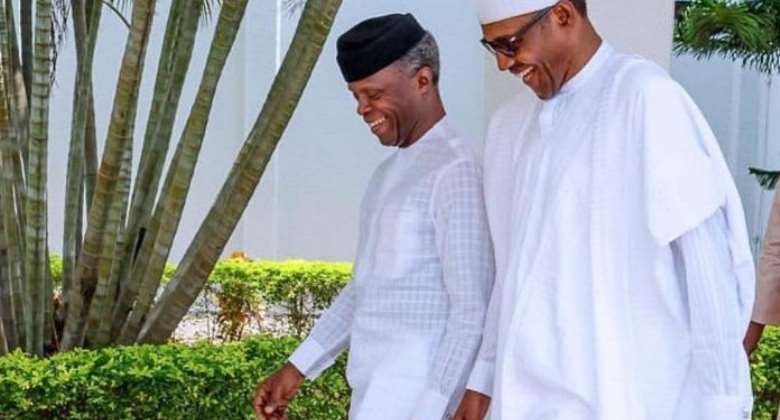 Re: Request To Make Every Day Of The Remainder Of Your Stay In Aso Rock A Rule Of Law Day’

Ahead of your inauguration and the start of your second term in office today, Socio-Economic Rights and Accountability Project (SERAP) is writing to urge you to publicly commit to making every day of the remainder of your stay in Aso Rock a 'Rule of Law' day, including by ensuring every segment of your government’s daily operations is lawful and rule-of-law compliant, for the sake of fairness, justice, your legacy as president, and the success of your anti-corruption agenda, which has remained stuck in limbo principally because of persistent disobedience of decisions of Nigerian courts.

SERAP is a non-profit, nonpartisan, legal and advocacy organization devoted to promoting transparency, accountability and respect for socio-economic rights in Nigeria. SERAP received the Wole Soyinka Anti-Corruption Defender Award in 2014. It has also been nominated for the UN Civil Society Award and Ford Foundation’s Jubilee Transparency Award. SERAP serves as one of two Sub-Saharan African civil society representatives on the governing Committee of the UNCAC Coalition, a global anti-corruption network of over 380 civil society organizations (CSOs) in over 100 countries.

SERAP is seriously concerned that the results of the ‘rule of law MOT’ in the past four years are uniquely damaging to your government’s fight against corruption and to the country. The deficits in the rule of law have been particularly notable in three areas: failure to obey decisions of Nigerian courts, failure to push for transparency in asset declarations by high-ranking government officials and failure to push for unexplained wealth orders against former presidents and former governors and other senior public officials suspected of living on proceeds of corruption and ‘dirty money’.

High-profile judgments your government is refusing to obey include at least two judgments obtained by SERAP. The first is the judgment by Justice Hadiza Rabiu Shagari ordering the government to tell Nigerians about the stolen asset it allegedly recovered, with details of the amounts recovered. The second judgment, by Justice Mohammed Idris, ordered the government to publish details on the spending of stolen funds recovered by successive governments since the return of democracy in 1999.

Another court order that is yet to be complied with is the order for the release of Islamic Movement of Nigeria leader, Sheikh Ibrahim El-Zakzaky and his wife, Zeenah, from unlawful detention, obtained by human rights lawyer and Senior Advocate of Nigeria, Femi Falana.

Persistent disobedience of decisions of our courts by the government has opened the way for many state governors to do the same within their states including by using anti-media laws to suppress the civic space, target journalists and human rights defenders, grant to themselves pensions for life and commit grand corruption and other appalling atrocities.

Nigeria’s democracy ought to have as its foundation respect for human rights and the rule of law. Treating the decisions of Nigerian courts as not binding is antithetical to any contemporary notion of the rule of law and democracy, and clearly counter-productive to the fight against corruption.

Ignoring or refusing to obey decisions of our courts is implicitly rendering the judiciary powerless to enforce constitutional and legal rights, violating separation of powers, undermining the rule of law, and ultimately, raising serious question marks on the government’s commitment to fight grand corruption.

Making a public commitment to dedicate every day of your second term a ‘Rule of Law’ day will help to ensure that decisions of our courts are fully obeyed, refocus, improve and reinforce the anti-corruption agenda. It will also serve as a reminder that no one has immunity from the law, not even the government.

Democracy is an inherent element of the rule of law, and obeying decisions of the courts, pushing for transparency of high-ranking government officials and going after former senior officials suspected of living on proceeds of corruption and ‘dirty money’ are closely connected with the existence and consolidation of democracy, good governance and development.

SERAP therefore urges you to use the opportunity of your second term to begin to implement your oft-expressed commitment to the rule of law by immediately obeying decisions of Nigerian courts, promoting transparency in asset declarations by publishing widely details of your assets declaration, encouraging Vice-President Professor Yemi Osinbajo to do the same and instructing all your ministers to publish their asset declarations.

SERAP also urges you to immediately instruct your next Attorney General of the Federation and Minister of Justice to pursue unexplained wealths court orders against all former presidents (and their estates), former governors, former presidents of the Senate and former speakers of the House of Representatives aimed at forcing those of them suspected of living on proceeds of corruption and ‘dirty money’ to reveal sources of their fortune or risk forfeiting it.

Thanking you in advance of your urgent attention to the matter.