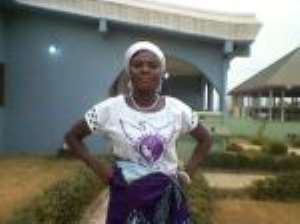 The call for stiffer punishable regulations for professional Nursing and Medical workers against the backdrop of clear avoidable negligence of some health staffs should be given oxygen in the country.

No one in this country is disingenuous to the shredding of lives at a record rate in the various health facilities either public or private. A development we all know will meet strong trade solidarity by colleagues if you dare talk and has made us receptive of the mess as normal.

Ms Evelyn Aperkoh Sackey, a 30-year-old District Accountant of the cocoa firm stationed at Adansi Asokwa, an astute member of Methodist Church of Ghana is reported to have been administered a wrong injection after a surgery that led to her demise at Bryant Mission Hospital in Obuasi.

It has been established that the deceased sought medical services from the facility since 16/01/2019 till the date of her death.

Narrating the painful scene, Madam Ruth, the elder sister of the deceased said, her late sister was diagnosed of a fibroid by doctors of the hospital this year and scheduled her for surgery on Monday 29/04/2019.

The hope of the sister who jumped about in the premises of the facility in anticipation of her arrival from the theatre to the ward who strangely went unconscious till 3:00pm. Ms Evelyn gained consciousness after two hours and spoke to her sister and their brother. The deceased was among one other lady who had similar case in the ward.

Bereaved Ruth said, the female nurse on duty as of the time her late sister was brought into the ward, en-route her final visitation to pave way to the incoming night duty staffs. When she got to her late sister's bedside, she detected the decease urine as compare to the other patient was too small.

The nurse became alarmed and lifted her gown to find out what happening. She saw her abdomen was swollen because of her inability to pass urine properly and invited her other staff to help check the catheter.

The nurses tried but failed after realising she was bleeding profusely. They had no option than to phone a medical doctor from the house to help fix the situation.

The pain and bleeding through the catheter sent her unconscious which made the doctor put her on oxygen live support and blood infusion to revive her.

The family couldn't withstand her ordeal so they made a passionate appeal to the doctor around 12:00am midnight to allow them transfer their sister to Komfo Anokye Teaching Hospital in Kumasi. But the doctor resisted and assured them she will be fine.

Ms Evelyn Aperkoh woke up exactly 5:29am Tuesday and tried her way to brush her tooth. She chitchat the family members around assuring them she was fine but still the pains of not passing urine correctly was still a problem.

The story says, at about 6:00am a male nurse who was on night duty and part of the team that tried to fix the catheter pull up to her with an injection. But the deceased insisted she wouldn't take the injection because there's complications on her case.

The worst part is that she's not been allowed to either drink or eat any food because of her uneasiness to pass urine.

The verbal exchange ensued between the patient and the nurse for over fifteen minutes but the nurse kept insisting she must take it because it not harmful.

The eye witness said, her late sister after five minutes of the injection complain of drowsiness and fell on the bed again. She watched her sister's pupil part (black) of the eyeballs vanish and the sclera taking over.

She then raised an alarm, pleaded with the nurse that her sister is dying as she weeps uncomfortably. Ruth recounted that, after a few minutes, the nurses on duty told her to prepare as they have call in ambulance service to take late Evelyn to Komfo Anokye Teaching Hospital, Kumasi. After ten minutes, she rushed back to find out the whereabout of the ambulance from nurses. Her sister, by 7:30am to 8:00am had been pronounced dead.

Asked why the male nurse didn't heed to the refusal of the patient to the medication, is something Ms Ruth doesn't have an idea about. No one was ready to speak on the matter from the health facility or the accused nurse.

The late District Accountant, Ms Evelyn Aperkoh's lifeless body has since been deposited at a mortuary in Obuasi.