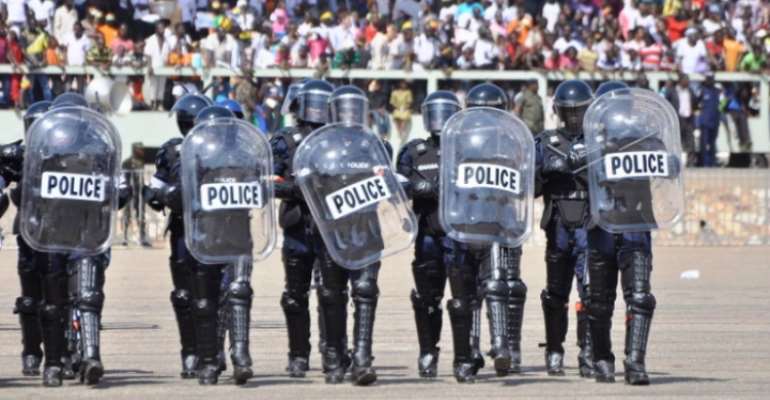 The coalition said this in a media briefing in Accra to update the media and Ghanaians on activities conducted under CHRI’S current project, and to share the status of some police brutalities reported by the media from 2011 to date.

The coalition said over the years, worked intensely to engage with some key stakeholders, including the Attorney-General and Minister for Justice, the Chief Justice, CHRAJ, the Police Council, the Legal Aid Scheme, the Parliamentary Select Committee on Defence and Interior, the National Association of Retired Police Officers and the media to take forward the recommendations from the research on various models.

The head of Africa office, CHRI, Madam Mina Mensah, said they had received inputs from some of the stakeholders and had improved the draft with the recommendations.

She said “the coalition can confidently say that all stakeholders have agreed that the IPCC must be established. This moment is also opportune in that the IGP has launched his transformational agenda for the Service. This laudable initiative is, however, being blighted by the incessant and persistence of cases of police brutalities.”

She noted however that the Coalition has not been able to engage with the Ministry of Interior in these latest initiatives, despite several efforts and attempts to brief the Ministry and to get their inputs.

Madam Mensah said: “while the coalition recognises that other officials of the Ministry have been forthcoming and supportive, it is important that the executive and political head of the Ministry in the person of the Minister be seen to be playing a more active role in championing this cause, commenced by his predecessor.

“It must be borne in mind that as the interior Minister responsible for the Police, he would have to superintend the presentation of the legislative proposals to Cabinet and Parliament. His input at this stage is therefore important.”

According to her, over the last 12 months alone, almost 20 cases of police brutalities have been reported in the media space and she is very sure that there are many more that did not catch media attention and each unresolved case does not only hurt the victims and their families, therefore, makes the establishment of an IPCC ever more necessary.

“Public confidence in the Police is precariously low if the recent altercations between police and civilians resulting in an unwarranted assault on and by both parties are anything to go by."

She noted “in a spate of one month, between March 24 and April 24, 2019, there have been 3 reported incidents of civilians assaulting Police Officers. This is unacceptable, however equally unacceptable is the continuing incidents of police brutalities against civilians without victims receiving justice.”

“Consequently, as the coalition presents this update, it reiterates its call upon the government to take the following steps and urged the Minister for the Interior to respond to the Coalition and engage with it; “The Ministry of Interior and the Attorney-General’s Office should also work with CSOs to finalize the draft legal framework into the necessary Cabinet Memorandum for the necessary approval and direction for a draft Bill on the IPCC.” Madam Mensah added.

She said also, the Ghana Police Service should update the public on the status of pending cases of police brutality and where cases had been concluded, inform the public about sanctions and other consequences for offending officers.

She urged all civil society organisations and religious bodies, and Ghanaians, in general, must add their voice to this call.