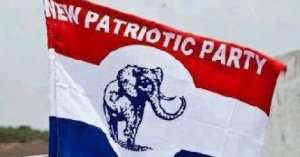 A certain small boy, consumed by greed, evil and non-existent pride, and who in 2008 allegedly sabotaged the re-election bid of the late Samuel Owusu Agyei of the NPP to Parliament, by joining forces with Mike Allen Hammah of the National Democratic Congress (NDC) to defeat Samuel Owusu Agyei, has in short, committed political suicide by his latest open display of greed, ignorance and disrespect for all those who rightly refuse to ‘bow down’ to his Lunatic reasoning and methods.

This Lunatic, who is involved in some of the biggest corruption scandals at a State owned company, has the guts to refer to someone else as corrupt. This is lunacy at its peak and nothing else!

A contract awarded during Mahama’s tenure as President of this country, at a contract price of about $14m, which appeared to have been over-inflated, and was the subject of an investigation by the NPP government, was ‘adjudged’ to be ‘koko’, when a similar contract was awarded to a crony of this politician, who is unqualified for appointment as a Minister, due to multiple skeletons in his cupboard, for over $80m! The Agriculture Development Bank (ADB) daylight ‘robbery’ issue, is still lingering around.

This same lunatic had earlier applied for the position of Law Lecturer at the University of Education, Winneba (UEW), but was later adjudged unqualified, just as he was not qualified to be appointed a Minister of State, and was literally thrown out of a lecture hall. The fact is that the Lunatic was erroneously offered appointment as a part-time Law Lecturer at UEW, and he happily reported to work, and God being so great, the defect in the Lunatic’s appointment was detected, and the only cure was to stop him right in the middle of a lecture. Thanks to Allah for not allowing this Lunatic to ‘pollute’ the students of UEW!

As a result of the disqualification of this Lunatic as a Law Lecturer at UEW, he foolishly believes that no one else should get the job, what a pity!

Am therefore not surprised at this Lunatic’s sponsored write-ups against me. It is pure jealousy! Fortunately, I don’t waste precious time and energy to read such chaff. If this Lunatic is too small in my eyes, then what is the position of these babies that the Lunatic is manipulating and controlling to vainly attempt to attack me? It is not just a thick skin that I have, but a bullet proof and bunker-like skin!

This Lunatic had previously bragged that Rev. Fr. Prof. Afful-Broni, the Vice-Chancellor (VC) of the University of Education, Winneba (UEW), whose investiture was graced by His Excellency, Nana Akufo-Addo, the President of the Republic of Ghana, would be out of office as VC by March 2019.

The questions to this Lunatic are: which month are we ‘sailing’ through now, and who is the current VC of UEW?

Right thinking members of society expect this small boy with very sharp teeth, to have accepted defeat gracefully, and acknowledge that he has come up against real men for the first time in his diabolical life, but alas, he continues to rear his ugly head, and he would be taught a much bigger lesson that he will NEVER forget in 2020, Insha Allah! He has just kissed goodbye to Parliament! A humiliating and heart-wrenching defeat await him at the polls in 2020, Insha Allah!

Nana Akufo-Addo ought to be highly commended for rightly taking notice of the inferior qualifications of this Lunatic, coupled with his corrupt traits, and subsequently denying this Lunatic the position of a Minister, and ended up throwing a ‘carcass’ at the Lunatic in suit, which he grabbed with a firm grip, and is now busily devouring!

If Nana Akufo-Addo want Ghanaians to take his corruption fight serious, then he should consider taking a forensic look at the books of the Ghana Water Company Ltd (GWCL), where corruption stinks to high heaven! Violations of the Public Procurement Act 2003, (Act 663) as amended, are commonplace at GWCL. Value for money is thrown to the dogs in the procurement of goods and services at GWCL. If the President fail to act in the interest of this country, reasonable persons will have no option, other than petition the Office of the Special Prosecutor (OSP), to conduct a forensic audit of all contracts awarded at GWCL since the assumption of office of the current Board of GWCL.

I humbly appeal to Awo, her sister and mother, to continue to ‘zip’ their mouths regarding the issue of the Lunatic in suit who removed the pants of all three (3), and ‘greased’ them!

I employ this Lunatic in suit to shed his cowardice and bring his English up to standard before he attempt to blindly take me on. The last time this Lunatic in suit attempted to rub shoulders with me, his grammar was so poor that a primary one chap confided in me that the piece was written by one of his mates, which was dead on point.

More Feature Article
ModernGhana Links
Deborah's Lynching and the Hypocrisy of Humanity's Morality: A Sign of Deep-seated Hatred
Only Ghana's private sectors most innovative green entrepreneurs can get us out of the deep hole we are now in
Let Mahama go unopposed
Ghanaians Need an NDC Development Agenda, Not Sheer Bluster
Supreme Court Is Not Obligated to Hear Each and Every Case
Morbid Matters: Estimating COVID-19 Mortality
Presby Moderator Is Both Right and Wrong on Taxation in Ghana
Our solid believe in the whirlwind will eventually settle is militating against the progress of Ghana
The Real Psychology of These Political Aspirants Towards Buhari, They Took The President And The Work Of Government For A Joke
TOP STORIES