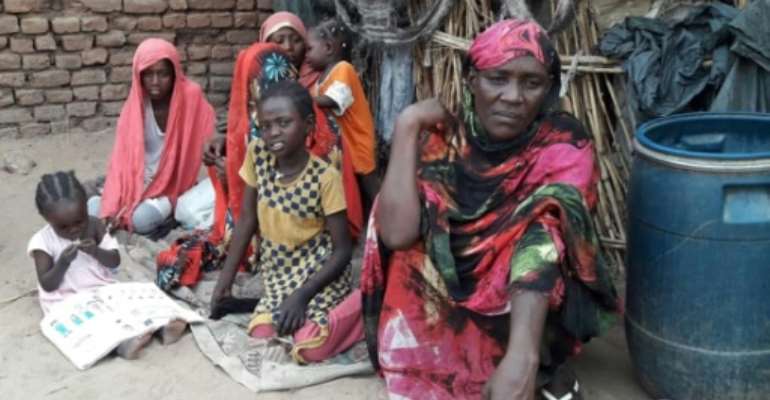 A decade and a half on, the hundreds of thousands of Darfuris who were driven from their homes in a brutal depopulation campaign by the government of Omar al-Bashir want the now ousted president to face justice. By - (AFP)

Hawwa Yousef is still haunted by memories of the day when mounted gunmen swept through her village in Sudan's Darfur region in 2004, killing scores of villagers including her son.

Then president Omar al-Bashir unleashed the notorious Janjaweed militia on ethnic minority villages like hers in a scorched earth campaign to eradicate support for rebels who took up arms the previous year.

Now that Bashir is behind bars in a Khartoum prison after being toppled by the army last week, Yousef is determined to see him face justice.

"The regime's militia attacked when women were collecting water for their families and livestock," said the 70-year-old, who still lives in a relocation camp.

"The villagers tried to chase the armed men but they killed eight villagers including my son," she told AFP in the sprawling Kalma camp outside South Darfur state capital Nyala.

"I want Bashir to face justice. He is a criminal."

A decade and a half on, hundreds of thousands of Darfuris who lost loved ones, homes and livelihoods in the brutal campaign of repression ordered by Bashir and his aides, still live in miserable conditions in camps.

Some 300,000 people were killed as the feared tribal militia, who covered vast distances on horseback or camels, eliminated anybody suspected of providing support for the rebels.

Some 2.5 million people were crammed into makeshift relocation camps as the militia depopulated vast swathes of Darfur, a region the size of France, torching villages and crops and stealing or killing livestock.

The Arab pastoralists recruited into the Janjaweed had a longstanding enmity towards the settled minority groups of the region's fertile uplands that Bashir and his lieutenants ruthlessly exploited.

As protest leaders in Khartoum focus on securing a civilian ruling body to replace the current transitional military council, the dominant demand in Darfur is for justice for Bashir and his henchmen. 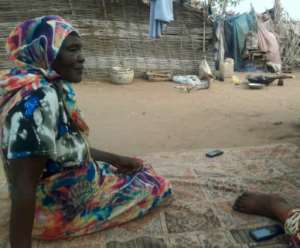 "I want to see Bashir in court," said Yousef's daughter Khadija. "If the new government wants real peace, we want them to bring him to justice.

"There was a pregnant woman who was pleading to be freed, but they shot her -- they killed her and her baby right there."

Bashir, 75, faces charges from the International Criminal Court in The Hague of war crimes, crimes against humanity and genocide related to his government's response to the rebellion in Darfur.

He has repeatedly denied the charges.

Sudan's new military rulers have said they prefer that Bashir and any other citizen be tried in Sudan.

But they have also said that Bashir's handover to the ICC for trial is a matter for a future civilian government they have pledged to forge.

Darfuris have differing views about where Bashir should be tried but all agree that he should face justice.

"I lost my husband and my son when the regime's militia attacked my village Abu Jabra," said Ayesha Mohamed Hamid, 50, who lives with her five children in Al-Salam camp, south of Nyala, and now works in a brick factory.

"Bashir has committed genocide. He must be brought to justice," she said.

"I prefer he face justice in Sudan. That way we can exert our rights."

Posters of destroyed homes, burnt villages and women raped in Darfur have been put up outside army headquarters in Khartoum which has become the focal point of the nationwide protests. 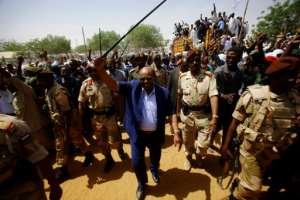 But many Darfuris feel that their demand for justice should be a bigger priority for protest leaders.

The Janjaweed were largely formed and led by two leading figures of the Bashir government -- Musa Hilal and Mohamed Hamadan Dagolo, widely known as Himeidti.

While Hilal is now in custody, Himeidti is a leading figure in the military council that replaced Bashir.

His Rapid Support Force operates under the ambit of Sudanese army and its paramilitaries are routinely seen around the capital securing infrastructure. They are also tasked with securing the eastern border with Ethiopia and Eritrea.

"I believe it's not only Bashir, but all those responsible for the crimes should be brought to justice," said Awatif Abdurrahman, a resident of Sakli camp, near Nyala.

"Here we have waited for 16 years for justice... Not only Bashir, but all those responsible for the crimes should face justice," he said.

"I'm calling on those people at the sit-in not to leave the square until we achieve our demand."