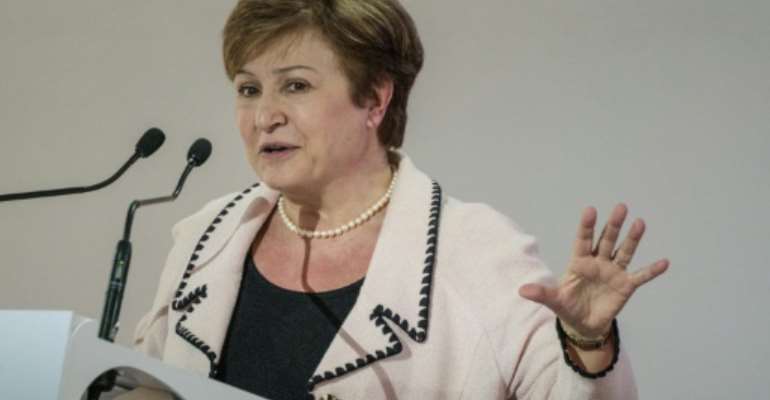 World Bank CEO Kristalina Georgieva says abolishing the myriad of obstacles for African women to become entrepreneurs must be a priority on a continent where poverty continues to grow. By Yasuyoshi CHIBA (AFP)

Abolishing the myriad of obstacles for African women to become entrepreneurs must be a priority on a continent where poverty continues to grow, World Bank CEO Kristalina Georgieva said Tuesday.

"What we know is that women in Africa are more likely to be entrepreneurs but they face more obstacles than men to create and run their businesses," she said in an interview with AFP.

Speaking on the eve of the first Women's Entrepreneurship Financing (We-Fi) summit in West Africa, the chief executive of the Washington-based lender said once women overcome the roadblocks, they tend to be more successful.

There are legal barriers in the region that prevent women from having access to certain jobs, cultural barriers, difficulties being taken seriously when they have not been to school, and especially difficulties in obtaining a bank loan. Without access to funds, it is almost impossible to start a business, Georgieva said.

US President Donald Trump's daughter and advisor, Ivanka Trump, also supports the initiative and will be attending the conference.

The summit in Cote d'Ivoire, will bring together development bank executives, private sector leaders and women entrepreneurs to discuss how to support entrepreneurship of African women.

"We concentrate on this offering helping hand. It is all about removing barriers to women," Georgieva said. "With a little bit of help how they are likely to succeed."

The World Bank and the International Monetary Fund have long argued that data show integrating women into economies creates jobs, improves living standards, boosts growth and contributes to a country's peace and prosperity.

But combating poverty remains a challenge in Africa.

By 2015, the share extreme poverty had fallen to 10 percent worldwide from 36 percent 25 years earlier, while in Africa the rate fell to 41 percent from 54 percent, according to the World Bank.

But in absolute terms, the number of people living in extreme poverty in sub-Saharan Africa has almost doubled, to 413 million, due to rapid population growth, Georgieva said.

More than half of the world's poor live in this region, and that could reach 87 percent by 2030. Africa has 26 of the 27 poorest countries in the world.

"It is very urgent to concentrate where the matters the most. One of the most is the part of women in Africa," she said.